The Gunners defender, who is out of contract this summer, has to sign a short-term agreement to stay at the club beyond June 30

Mikel Arteta admits he is unsure whether David Luiz will play for Arsenal again – but is adamant he still has total belief in the under-fire defender.

Luiz was heavily criticised after Wednesday night’s 3-0 defeat at Manchester City for a 25-minute substitute appearance which saw him give away a goal, concede a penalty and get sent off.

He will now serve a two-match ban and, with his contract due to expire on June 30, he will not be able to feature again for the Gunners this season unless he signs a short-term extension before the June 23 deadline.

Arteta wants the 33-year-old to stay and Luiz has already stated his desire to remain at the club, but the financial uncertainty brought on by the coronavirus pandemic means the club hierarchy is hesitant over handing him a new deal.

Losing such an experienced defender would be a blow to Arteta and he admits he is still unsure what the outcome of the ongoing contract discussions will be.

“I don’t know,” said Arsenal’s head coach, when asked whether Luiz would play for the club again.

“We cannot forget the financial situation. The way that Covid-19 has hit every club and the economy in general, it’s going to have an impact.

“What the club is doing at the moment is assessing the situation and trying to clarify a lot of uncertainties that we have in the future. We have to make big decisions and time-wise it is difficult to fit them in with our needs.

“We are trying our best and the club is trying their best. It is difficult sometimes because it puts the player or our sporting necessities in a difficult situation.

“Again, we have to adapt. It is what it is. That is why I wanted to protect David yesterday. That is why I did not start him. But it’s a funny game and after 20 minutes you need him, a player who has had a lot of uncertainty in the last few weeks.”

Arteta added: “David is very open, he is a leader and I was sure he was going to speak in front of everybody [after the Manchester City game].

“You heard what he said, he was very direct with us too. That is what I value from him and that is what I like from him. We need to be fair on him.

“Me personally I am going to defend him with everything I have because I believe in him. He has shown me a lot of things in his time here and his career speaks for itself.”

Luiz’s agent, Kia Joorabchian gave an interview to talkSPORT in the aftermath of the defeat at Manchester City where he discussed the defender’s contract situation.

Joorabchian hinted that the reason for the delay was down to issues behind the scenes at Arsenal that needed to be sorted out in the coming days.

“There are several issues within the whole structure that will be resolved,” he said.

Responding to those comments, Arteta admitted tough decisions had to be made to protect the club’s financial security.

“Don’t forget that we have accepted a pay cut, not only the players and the staff, to try to help the situation,” said the Spaniard.

“I think it was an incredible gesture of unity and commitment from everybody working at the football club that I am very proud of.

“So there are consequences but the people that are running the club are very responsible and do not want to put the club in a difficult position.

“In order to do that, let’s analyse first how our finances are going to look. We know that we have to improve, how we can improve it. And let’s see what we can do to get the club in the position it deserves.”

Thu Jun 18 , 2020
The German coach has clarified the situation leading to the famous episode in Senegal Former Ghana coach Otto Pfister has explained his decision to snub Anthony Yeboah for Anthony Baffoe as Black Stars captain for the 1992 Africa Cup of Nations (Afcon) final clash with Cote d’Ivoire. After substantive captain […] 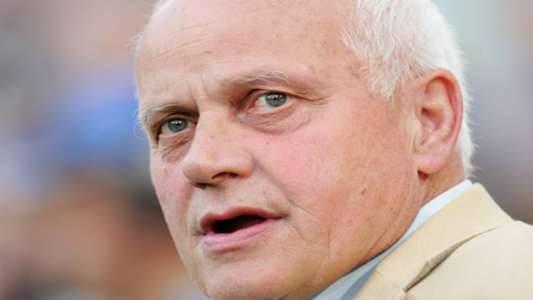