Tottenham manager Jose Mourinho says that Spurs must learn how to kill a game after seeing his side squander another lead on Wednesday.

After going up 1-0 through a Harry Kane header, Spurs conceded a late goal to Fulham in what ended as a 1-1 draw.

Having lead for a bulk of the match, Spurs conceded a 74th-minute goal to Ivan Cavaleiro before seeing a goal of their own called back for offside.

Mourinho admitted after the match that Spurs lack killer instinct to finish off a game and are betting too hard on playing mistake-free football.

“Once more we concede a goal that is completely avoidable,” Mourinho told Amazon Prime. “I have to admit in the second half they played more. They were losing and tried but Hugo Lloris did not make a save but we did not kill the game. Again we lose the man in the corner.

“We have lots of opportunities to kill off matches. In other cases especially away we are winning but then don’t have that ambition to get the goal and kill the game.

Having conceding late yet again on Wednesday, only Brighton (12) and Sheffield United (11) have dropped more points from winning positions than Spurs (10) this season in the Premier League.

As a result, Spurs, picked by many to be title contenders, are currently in sixth, six points behind league-leaders Manchester United.

“We have to kill a game and we didn’t – but you have to keep a clean sheet, not make mistakes, so it was a very avoidable goal. The markers are there, there wasn’t even an advantage in terms of numbers,” he told BBC Sport.

“They were intelligent enough to understand the way they play, they change, they become more defensive and they are getting results. I thought they were a bit lucky but they were good. We have bad results and we should – and we could have – avoided these results.”

Despite the recent struggles to close out games, Mourinho says that Spurs likely will not dip too hard into the transfer market.

When asked if he expects a busy January, Mourinho replied: “No, I am not expecting.”

Spurs are set to visit Sheffield United on Sunday in their next Premier League match before taking on Wycombe in the FA Cup on January 23.

Thu Jan 14 , 2021
The new head coach won his first piece of silverware three games into his tenure at the Ligue 1 giants, beating Marseille to the Trophee des Champions Mauricio Pochettino says “this is only the beginning” after he won the first trophy of his managerial career just three games into his […] 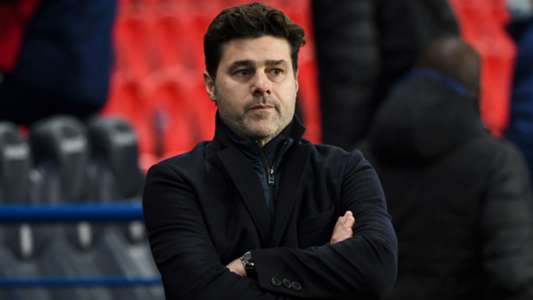