The forward is a new entrant to the team, but she is determined to win a title on her first senior outing with the African side

Toni Payne is eyeing a Turkish Women’s Cup crown with Nigeria as they prepare to face Equatorial Guinea in their last group match on Tuesday morning.

Payne had made her maiden unofficial appearance for the West African nation in a 1-0 win against CSKA Moscow on February 18 since switching her national allegiance from the USA in 2019.

On Saturday, the 25-year-old enjoyed a full official debut in a 1-0 victory over Uzbekistan at Emir Sports Complex, with Halimatu Ayinde’s 49th-minute strike sealing the Super Falcons’ triumph.

After her first official international debut against the Turanians, she is poised to help Randy Waldrum’s side to success at Antalya.

“We want to win the match [against Equatorial Guinea],” Payne told Goal.

“We also wanted to get better as a team game by game. I mean about how we play and work together.

“Such a short time. We initially don’t know much about every team before the tournament but we just have to go out there and focus on how we want to play and translate those things to the match.

“As a team, we always have high expectations and also win our last game and potentially win the tournament. That will be a really good ending for us.”

Nigeria are leaders of the four-team competition, with six points from two matches but must subdue two-time African champions Equatorial Guinea to make history as the first African winners.

Payne will be hoping to also grab her first goal in the colours of the Super Falcons in her third appearance for the country as Waldrum also eyes her first title in charge of the national team.

Mon Feb 22 , 2021
Austrian goalkeeper Christopher Knett was forced to miss Panetolikos’ clash with Panathinaikos, after burning his hand while cooking a steak. The 30-year-old goalkeeper is Panetolikos’ first choice, but his name did not feature in the matchday squad for Monday’s game in the Greek Super League. Broadcaster Nova caught up with […] 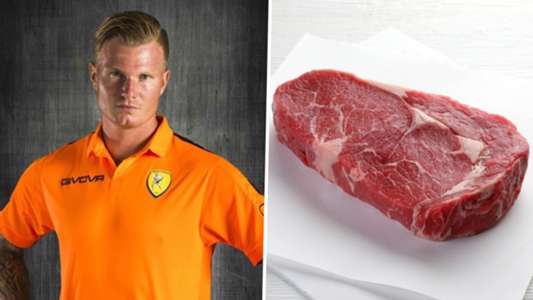