Zoo FC head coach Herman Iswekha believes his charges have ‘a big problem’ in the attacking department after another poor performance which led to their loss against Sofapaka.

Lawrence Juma and Kephwa Aswani struck for Batoto ba Mungu in a 2-0 Football Kenya Federation Premier League win against the Kericho-based side on Wednesday at Wundanyi Stadium in Taita Taveta. All the goals came in the first half and the tactician believes his team was let down by the attackers and defenders in equal measure.

“We have had our fair share of chances but we have a big problem if we cannot take them,” Iswekha told Goal on Thursday.

“My players could neither shoot nor score and it means there is a problem there.

“My defenders’ positioning was also wanting and Sofapaka got their chances and took them.

“Sofapaka are a good team with a good coach and experienced in the league and we cannot afford to give them easy chances as we did.”

In an earlier interview, the former striker expressed his desire to bring on board experienced players, especially at the back, to bolster his team to avoid registering unimpressive results.

“As I have said on several occasions, many of my players do not have top-tier experience,” Iswekha admitted to Goal.

“Definitely I will bring on board three players to improve the team and ensure we perform well.

“I will have to find an experienced defender to partner Pascal Ogweno because we are having a problem there. We will also sign a left-back and a forward to help Collins Neto.

“If we get those players I am confident we will perform better in the remaining campaign.”

After Wednesday’s loss, Zoo have just collected two points from the eight games they have played this season. The two points have come from as many draws, while the remaining six games have ended in losses.

They have the worst attack, having scored just four goals and conceded 15.

On their part, the 2009 champions are now in ninth position with 14 points that have come from the 10 matches they have played.

Thu Feb 11 , 2021
The Birds defender has made a late start to his top-flight career but has impressed and has been key to his side’s surprising run in the league Swallows FC’s veteran right-back Vuyo Mere believes Birds teammate Njabulo Ngcobo has the potential to emulate former Orlando Pirates centre-back Mbulelo Mabizela. After signing […] 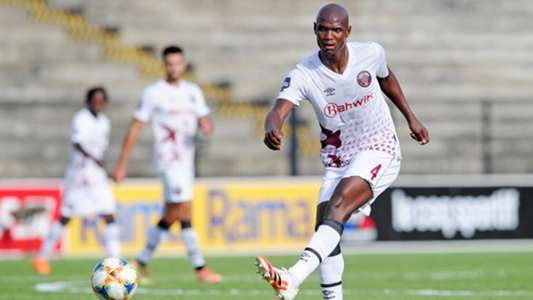