Jurgen Klopp has admitted that he and goalkeeper Alisson had “a little talk” following the Liverpool goalkeeper’s mistakes against Manchester City – but the manager has backed the Brazilian to find his best form again.

The shot-stopper endured a miserable Anfield evening last weekend as the Reds slipped to consecutive Premier League defeats for the first time under the German, in a 4-1 loss to Pep Guardiola’s table-toppers.

The 28-year-old delivered two direct passes to opposition players inside four minutes, conceding on both occasions and leaving the hosts adrift of their rivals as the chance of a successful title defence slips away.

“We had, of course, a little talk,” Klopp stated ahead of this weekend’s clash with fellow top-four hopefuls Leicester City. “If it’s then about encouragement or whatever, I don’t know.

“It’s just a little talk and he was not happy that it happened, of course. But it’s very important to realise in a moment like this, goalkeepers in a long career, they make mistakes.

“For a goalkeeper of the quality of Alisson Becker, it’s pretty rare that he makes this kind of mistake and that he makes two of them in one game, that’s clear as well.

“But on top of that, goalkeepers are used to making mistakes. It means they have to stay in the game, they concede a goal and they know maybe earlier than all the rest of the world, ‘I should have saved it!’

“They have to deal with that always and he has just a few days in between the City game and this game.”

Klopp further added that Alisson’s fellow players have not expressed frustration with the keeper’s performance, noting that they will all rally around each other as the season continues.

“There was absolutely no real criticism from our side, from the boys, from the players around him because everybody knows how good he is,” he explained.

“He’s a very calm person, and now the next game is coming up and that’s good so he can play his normal level again and then everything will be fine.”

Fri Feb 12 , 2021
East Bengal FC assistant coach Tony Grant took a dig at the referee for poor decision making in the match against Hyderabad FC Refereeing decisions were once again in the spotlight after Hyderabad FC held East Bengal to a 1-1 draw in the Indian Super League clash at the Fatorda […] 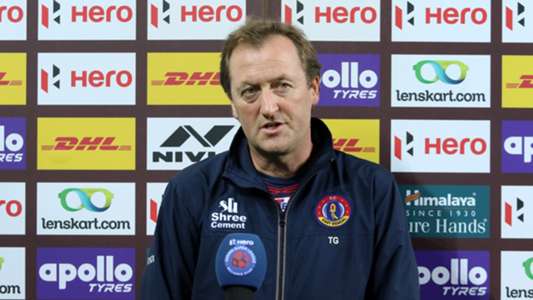