Mikel Arteta said Arsenal “got something wrong” after a defensive lapse of concentration allowed Manchester City forward Raheem Sterling to score the only goal of the game at the Emirates on Sunday.

England forward Sterling is not known for his heading but somehow was able to escape the attentions of Rob Holding to nod home his ninth goal of the season from six yards after just two minutes.

The Gunners recovered from that poor start but were unable to breach the City defence, as Pep Guardiola’s side held on for an 18th-successive victory in all competitions.

Editors’ Picks
What did Arteta say?

Manchester City have not dropped a point in the Premier League since December 15 and have only conceded one goal from open play in that time, so the last thing you want to do is fall behind to an early goal.

It is no surprise therefore that Arteta was left frustrated at the manner his side went behind.

“We got something wrong,” the Spaniard told Sky Sports. “We didn’t do it in the first 10 minutes. It’s a cross and Raheem Sterling cannot head a ball there. You cannot concede that goal. It was a tactical thing that we were prepared for but we didn’t read it in the game.”

The Gunners recovered from that poor start and slowly worked their way into the game, with Kieran Tierney testing Ederson and Bukayo Saka looking lively on the left wing.

“When we conceded the first goal it put us in a difficult situation. It was tough,” Artera added. “With the formation and the players they use they are really comfortable. After that the team reacted really well, were on top of the game and created chances but we lacked the quality in those situations to score the goal.

“We got momentum and confidence and were really good on the ball as well. We found good spaces but when we were in the final third we didn’t pick the right pass to score a goal. We tried to use some weaknesses that we thought we could exploit. They don’t have many. How they compete when they have in the last few minutes, they are a top side.”

The win ensured Manchester City continued their relentless march towards the Premier League title, with Guardiola’s side restoring their 10-point lead at the top of the table with just 13 matches remaining.

The picture is not so rosy for Arsenal, who are down in 10th and 11 points outside the top four after suffering third defeat in four Premier League games.

With their hopes of qualifying for the Champions League through the league fading, there is now added importance on their Europa League campaign, which offers them an alternative route into the competition.

The Gunners’ last-32 tie against Portuguese side Benfica is delicately poised at 1-1 going into Thursday’s second leg, which is categorised has the home tie but has been moved to Greece because of Covid-19 restrictions in England.

Arteta is in no doubt as to the importance of the match and the impact it could have on the rest of Arsenal’s season.

“We have a final on Thursday because we want to continue in the competition,” he said.

“We have to sleep, eat and we won’t have time to train. Then we fly to Greece.”

Sun Feb 21 , 2021
The 18-year-old is keen to surpass his father’s achievements after heralding his presence at the U20 Afcon with two goals on Saturday Samuel Eto’o son, Etienne, said he is aiming to do better than his father after scoring a brace in his debut outing for Cameroon U20 at the Africa […] 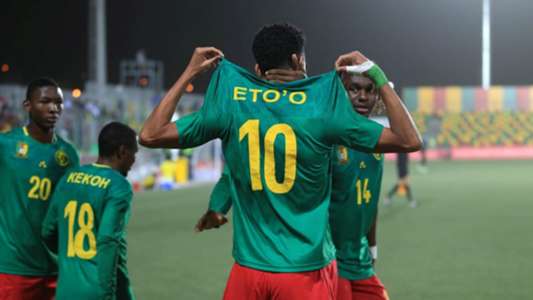