Tottenham Hotspur have endured a difficult 12 months, with their captain pondering the reasons for their loss of form

A little over a year ago, Spurs were finalists in Europe’s premier competition but went down 2-0 to Liverpool in Madrid.

Since then a lot has happened. Mauricio Pochettino was sacked in November with Spurs sitting 14th in the Premier League and Jose Mourinho was brought in to turn the tide.

The results have been mixed, with Tottenham out of every competition and facing a battle to secure a top-four finish when the Premier League resumes after the coronavirus-enforced hiatus next week.

Asked to explain Spurs’ fall, Lloris said: “Wow, it’s difficult to explain. Last season, we went on an incredible run in the Champions League and we finished the season on our knees, and you don’t have time to recover from one season before you have to start a new one”

Spurs’ rocky campaign has been beset by injury issues. Lloris himself missed three months with a dislocated elbow, while star striker Harry Kane and talismanic forward Son Heung-min would have missed the rest of 2019-20 had the global health crisis not afforded extra recovery time.

“There was the accumulation of things that provoked the situation, and then of course a lot of injured players,” Lloris explained. “The change of manager. It’s difficult to stay stable and to be always looking at the top. There is sometimes one season when everything goes against you.”

Spurs are seven points adrift of the Champions League places with just nine games to play and start the resumption of their campaign with a crucial home fixture against fifth-place Manchester United.

Lloris is relishing the chance of a fresh start and welcomed the prospect of having Kane back in the fold to boost their flagging European ambitions.

“It’s like a new season that is going to start,” Lloris said. “It’s true to say we were not at our best, but it belongs to the past.

“The team will look different to a few months ago. We are more or less all fit, this is a big difference.

“He [Kane] is ready. In his mind he is ready and that’s the most important thing. He recovered very well from his bad injury and he is the one really looking forward to getting back into the competition.

“Everyone knows his targets, his ambition and his willingness to win. We all need the repetition of games to reach our best level, but that is going to be the case even for the opponents we are going to play.

“Harry is in a good place and just waiting to start the season again, like all of us.”

Sat Jun 13 , 2020
The tactician has also urged family members and peers to help players train at home Dylan Kerr states it is frustrating for the Kenyan Premier League (KPL) and all players at large to stay for this long without football. In Kenya, football was suspended on March 16 owing to Covid-19 […] 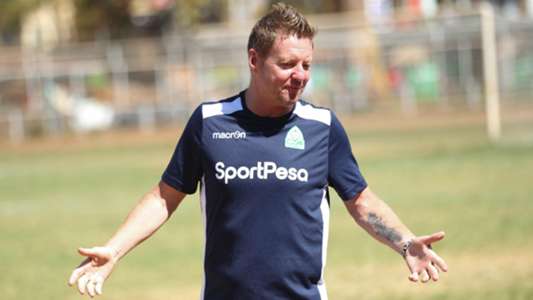