Jurgen Klopp has explained Liverpool’s decision to loan Takumi Minamino to Southampton, admitting he didn’t give the Japan star enough chances to shine at Anfield this season.

Minamino departed late on deadline day after the Saints were able to agree a short-team deal for the 26-year-old. Southampton will pay a £500,000 loan fee, though Liverpool rejected their request to insert an option to make the move permanent at the end of the campaign.

Signed from Salzburg last January, Minamino has made 31 appearances for the Reds since. Only 12 of those, however, have been starts, and only four of those starts have been in the Premier League.

His last came at Crystal Palace in December, when he scored his first Premier League goal, and Liverpool’s opener, in a 7-0 win. Since then, and despite the champions’ form dipping dramatically after Christmas, he has been limited to just six minutes in the league.

Speaking to reporters on Tuesday, Klopp explained the thinking behind allowing him out on loan.

“We really thought about it,” he said. “Takumi is an incredibly good player. We didn’t give him enough chances, that is the truth.

“Sometimes for different reasons. Sometimes it was just the size when defending set-pieces, because we were not tall enough. These kind of things make the difference why one player plays and another does not.

“There were not a lot of clubs where I thought it made a lot of sense but Southampton is one. He is there for 17 games. If he stays fit I think there is a good chance for him to play all 17 games which helps everybody.

“The only thing he was lacking was a couple of games in a row. That is difficult here. I would have loved to keep him just to have the option, but in the end Takumi is a long-term project, he always was. We see a lot of potential in him and so it absolutely makes sense he gets out and hopefully plays 17 games, then comes back in a different mindset and confidence level. I hope it is a win-win situation.”

Minamino could make his debut against Manchester United on Tuesday evening having completed the necessary paperwork in time.

“He just has to enjoy football again there,” Klopp added. “He is an outstanding professional, top talent, really good player.

“But the problem is we have a really good squad. My job is to make decisions based on what I imagine could be the outcome in the game. The people fighting for a place with him were in a really good shape, Shaqiri when he came back was in really good shape and we all know what Divock did in the past.

“Sometimes, as I said before, just the size can make a difference. It didn’t often work out that Taki could play or come on, and that’s 100 per cent my fault as well. But we both think now, Taki and I, that we can sort that by playing him 17 times in the Premier League.

“He doesn’t have to change anything or improve anything, he just has to play football, gain confidence and rhythm, and he will be fine.”

Tue Feb 2 , 2021
The Dutchman has been sidelined since October with a knee injury and the Reds boss does not expect him to make a surprise return in this campaign Jurgen Klopp admits it would be “nearly a miracle” if Virgil van Dijk was to play for Liverpool again this season. The Dutchman […] 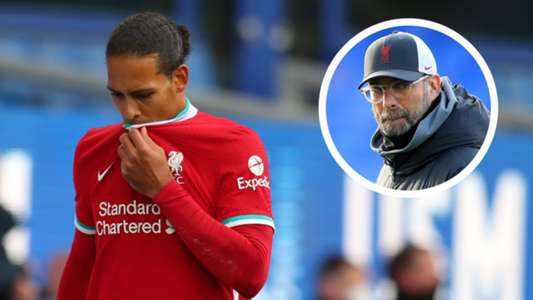