Jamshedpur boss Owen Coyle feels his team deserved to pick up at least a point from their fixture against East Bengal on Sunday.

The Men of Steel went down 1-2 against the Red and Golds. Matti Steinmann and Anthony Pilkington got on the scoresheet and Peter Hartley’s late goal wasn’t enough for Coyle’s team to mount a comeback.

After the game, Coyle said,  “We started the game really really well. We conceded a soft corner and gave them an advantage. People tend to summarize games based on the results. But we actually analysed the game.

He further added, “There was nothing in the first half, we were pushing on for the equaliser. And it was such a bad pass to gift the second goal. We have done that a few times. That being said, we picked ourselves up and kept going forward. It was an absolute stonewall penalty at the end. We still did enough to get something from the game.

“East Bengal have some wonderful players – Maghoma, Pilkington (etc), some of the Indian players as well. We know we can play very well. That being said, we certainly should not have lost the game tonight.”

Jamshedpur have been guilty of conceding goals as a result of defensive errors this season and the Jamshedpur gaffer is hoping to see an improvement soon.

“Players need to take more care of the ball, there are certain things to work on. What we cant do is to push on for the equaliser and then make a terrible mistake. It is an ongoing process, we give them encouragement and hope they improve as we go forward.”

Sun Feb 7 , 2021
The teams are out at Anfield, and this huge clash is just moments away from kicking off. The reverse fixture in November was thrilling in the first half, though both sides tailed off after the break. Will City take a big step towards regaining the title, or can Liverpool stay […] 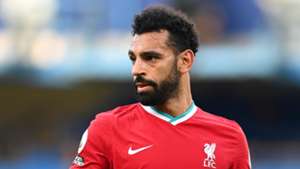