Borussia Dortmund “assume” that Erling Haaland will still be their player next season and are including him in their plans for the future, insists the club’s head of first-team football Sebastian Kehl.

Haaland is one of the most in-demand players in world football, with a bidding war set to intensify for the striker’s signature amid Dortmund’s struggles to qualify for the Champions League next season.

Kehl, however, says that there has been no firm deal put in place, and therefore Dortmund are working on the assumption that they will be able to call on Haaland’s goals in the 2021-22 campaign.

Kehl told SportBild of Haaland: “We assume that he will stay beyond the summer and become an even better player with us.”

Where does Haaland’s future lie?

The Norwegian has been linked with almost every major European club, including Barcelona, Real Madrid and both Manchester clubs.

He has established himself as one of the world’s best centre-forwards before the age of 21, this season scoring 33 goals in 31 appearances in all competitions.

He joined Dortmund in January 2020 from Red Bull Salzburg, and has torn up the Bundesliga with his scoring ability; however, his club have failed to match his prowess.

Dortmund are currently fifth in the table, 13 points off leaders Bayern Munich and struggling to qualify for next season’s Champions League.

If they fail to reach the top level of club competition next season, the pressure will increase further on Dortmund to cash in on one of world football’s most valuable assets.

Wed Mar 3 , 2021
The Portuguese defender has expressed his admiration for the legendary former Manchester United duo Manchester City star Ruben Dias has revealed that he used to watch Rio Ferdinand and Nemanja Vidic as part of his “dream weekend”. Dias has established himself as one of the top defenders in European football since […] 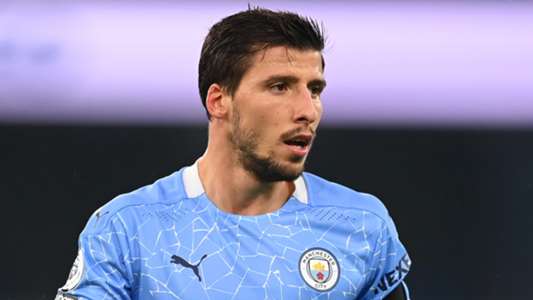