Former World No. 1 doubles player Sania Mirza, of India, highlighted the importance of mental health in an interview with the Indian daily Hindustan Times.

The six-time Grand Slam champion Mirza says, “All of us, at some point in our life, struggle with mental health issues.It’s just that we don’t understand until it hits hard.

It’s normal to feel anxious, nervous, not being able to sleep. Saying this from my personal experience, when recently I faced anxiety, there was nothing that actually triggered it. It was something that was probably going on and we mask it so well that we don’t even recognise it.

Throughout our lives, we’re so busy with other things that we ignore our mental health. It’s absolutely fine to feel depressed and even cry. Whenever that happens, talk to someone who’s close to you. I also do that”.

Mirza says her family and her son help her remain positive and strong during her bad days, “I drive strength from my family, especially my son Izhaan. No matter how bad my day is, his smile makes everything better. I’m sure we all have that one person who makes us feel that way.

Keep them closer”. The Indian says that it has also been difficult for her since her husband is stuck in Pakistan during the current lockdown. “We’re stuck in two different countries and we definitely don’t know when this is going to end.

That’s a huge thing to deal with. But we stay in touch on calls. He’s (my son) at an age when he has started recognising and responding. Though he can’t really speak, but there are random times when he says ‘baba’ out of nothing.

Probably that’s him missing his dad. So, it hasn’t been easy, but we need to be grateful that we’re safe. Izhaan would like to see his father. We’re grateful that we have food on our table when many are suffering from starvation.

Also, now we all know the importance of being with our families, how together we can win over any difficulty.” Sania Mirza is one of the top Indian athletes and a winner of three Grand Slam doubles and three Grand Slam mixed doubles titles in her career. She returned to the courts earlier this year after a two-year maternity break.

FIFA 21 cover star: Who will be the face of EA Sports' new game?

Fri Jun 19 , 2020
There are plenty of players with a legitimate claim to be given the great honour of gracing the front cover of the latest in the famous franchise Video games have become enmeshed with real life and that is particularly true when it comes to football, with clubs and players devoting […] 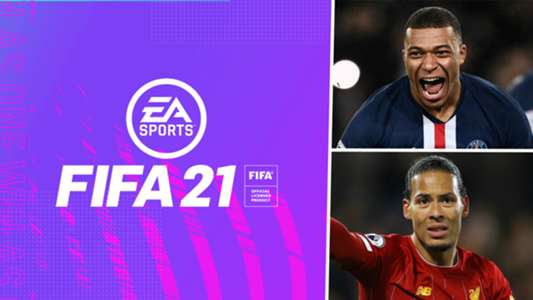