The Gunners have been shown red in the Premier League nine times since Mikel Arteta took over, six more than any other side

Arsenal defender Hector Bellerin has vented his frustration at his side’s continual struggles with red cards after two more cost them against Wolves on Tuesday.

The Gunners were up a goal at Molineux just before half-time when David Luiz conceded a penalty and was sent off for a foul on Wolves forward Willian Jose.

After Ruben Neves converted from the spot to equalise, Joao Moutinho scored for Wolves in the second half before the Gunners went down to nine men when Bernd Leno was shown a red card for a handball outside the box.

The German’s sending off made a comeback nearly impossible and Arsenal fell 2-1 to Nuno Espirito Santo’s struggling side.

The two red cards continued a concerning trend for the Gunners under Mikel Arteta. Since the Spaniard’s first game in charge of Arsenal on Boxing Day 2019, the Gunners have been shown nine Premier League red cards, six more than any other side.

Bellerin believes that it’s time for the Gunners to stop beating themselves after watching another golden opportunity to earn points on the road disappear.

“One hundred per cent [we’ve had too many red cards],” Bellerin told Arsenal’s official website.

“We’ve shown that when we’re 11 against 11 on that pitch, it’s completely different. We had complete control in the first half and we probably should have been 2-0 up by the end of it. We paid for those mistakes.

“I always say that teams are not beating us, we are losing against ourselves. It’s for us to learn. Hopefully this will be the last time. We were on such a good run, great momentum, great confidence in the team.

“We just need to forget this step because situations like this are not going to happen very often. We’ll go on to the next one.”

On Wednesday, Goal confirmed that Arsenal will launch an appeal against Luiz’s red card.

The Gunners believe the Brazilian’s challenge was accidental and that Luiz was clearly trying to avoid any contact with Jose before the striker went down.

Arteta voiced his frustration over the decision post-match, telling reporters: “I’ve seen it 10 times in different angles and I cannot tell you where the contact is.”

Wed Feb 3 , 2021
23′ CHANCE! PSG take a free-kick short, with Di Maria playing it off to Paredes to his left, rather than whipping it into the box. Paredes drills his shot towards goal, but Reynet makes a superb diving save to deny him. 21′ Meling has had a tough game so far and he is shown […] 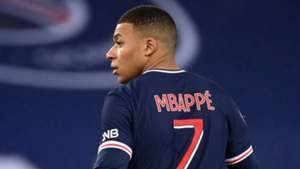