The Kroenke family have dismissed talk that Arsenal are up for sale amid reports that a takeover bid is being prepared for the club.

The Gunners’ owners have come under pressure from fans in the fallout from the ill-fated Super League project.

But despite the uproar, they insist that they are not thinking about leaving the Emirates Stadium.

“In recent days we have noted media speculation regarding a potential takeover bid for Arsenal Football Club,” Stan and Josh Kroenke signalled in a statement released on Tuesday.

“We remain 100 per cent committed to Arsenal and are not selling any stake in the club. We have not received any offer and we will not entertain any offer.

“Our ambition for Arsenal remains to compete to win the biggest trophies in the game and our focus remains on improving our competitiveness on the pitch to achieve this.”

The weekend saw fierce protests against the Kroenkes’ administration of Arsenal, with the club’s swift withdrawal from Super League along with the rest of the potential Premier League participants doing nothing to placate supporters’ anger.

And in the midst of the furore, a prospective buyer emerged to place further pressure on the owners.

Spotify founder Daniel Ek, an Arsenal fan, revealed on Twitter he would be interested in taking over at the Emirates.

“As a kid growing up, I’ve cheered for Arsenal as long as I can remember,” Ek wrote on the social media platform.

“If KSE would like to sell Arsenal I’d be happy to throw my hat in the ring.”

Club legends Thierry Henry, Dennis Bergkamp and Patrick Vieira are said to be considering joining Ek in his venture, although the Kroenkes have shown no intention of wanting to sell their stake. 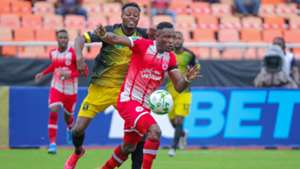