Wazito FC coach Francis Kimanzi has conceded his team will not shy away from signing new players to reinforce the team if need be.

The Football Kenya Federation Premier League charges are enjoying their best-ever start in the top-tier. After 10 games, they are third on the table with 20 points, three less than leaders Tusker FC.

The tactician has further explained the process involved before deciding whether to sign players or not.

“At the moment we are still checking for [possible recruitment] but after analysing the current players we have,” Kimanzi told Wazito online.

“After that, we will make a decision; if there is a position that needs to be strengthened then we can bring one or two players.

“However, we try to give a lot of confidence and push the ones available. But when a team needs balance, we are not going to shy away from [bringing reinforcement].”

After the release of Derrick Otanga, Elvis Rupia, Pistone Mutamba, Paul Kiongera, and Victor Ndinya in the recent past, the team has struggled to get a replacement.

The tactician had earlier confirmed he is in the market for an established striker to help boost his attacking department.

“Yes, we are targeting a striker who can help us improve our attack, but currently, our options are limited,” Kimanzi told Goal.

“It is a challenge to get a quality striker during the mid-season transfer window. We are, however, looking around to see if we can secure one. But if not the case, then we will have to work with what we have.

“We want to continue pushing harder and ensure we build a quality team that will consistently perform.”

The former Harambee Stars coach also explained why his charges are not going for the league title despite their good start.

“I cannot say we are challenging for the league this season,” Kimanzi continued.

“It is an unrealistic objective which will put the team under unnecessary pressure. Currently, it is all about one game at a time. We are still under the process of building a team for the long term and not setting unrealistic goals.”

Tue Feb 2 , 2021
The Buccaneers are back in Kwa-Zulu Natal for the second time inside two weeks as they also enter the second half of the current season Orlando Pirates will look to build-up from last weekend’s Soweto derby triumph when they visit Golden Arrows for Tuesday’s Premier Soccer League clash at Sugar […] 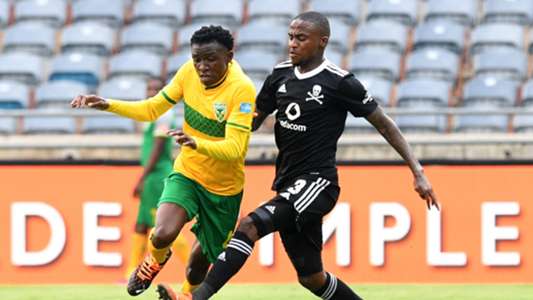