William Troost-Ekong will face sterner tests next season, but the centre-back and his teammates have laid solid foundations in the Championship

For someone who’s played at the World Cup, the Olympics and the Africa Cup of Nations, it was quite noteworthy that William Troost-Ekong believes Saturday’s success with Watford ranks among the finest moments in his career.

The Hornets secured instant promotion to the Premier League after last year’s relegation to the Championship, and the year’s likely gone how the Nigerian imagined it after returning to Hertfordshire last year.

While the Udinese-Watford Pozzo family connection probably made the transition from Serie A smoother, the Super Eagle, who’d always desired to play in the PL, hoped to be a beneficiary of the potential path to the big time.

“It’s amazing. I can’t really put words to it now,” said Troost-Ekong, speaking in the moments after Watford sealed promotion with a 1-0 win over Millwall. “It’s one of the best days in my life and my career so far. We worked so hard for it and now we’ve done it, so I’m really pleased for all the boys.”

“A lot of the time when you have a relegation it’s difficult to pick yourselves up. Everyone at the club did amazing to give us the best chance and now we’re here, so we’re all really happy.”

Having sacrificed top flight football in Italy, the centre-back didn’t start the campaign with the Hornets — still managed by Vladimir Ivic at the time — but immediately made himself an important figure at the heart of the defence to help the side secure their 22nd clean sheet of the season on Saturday.

Troost-Ekong has featured in 16 of the aforementioned 22 matches, starting 15 times, which immediately answers questions about his level of involvement in helping to form a strong defensive rearguard.

The transformation at the back has, by and large, been a consequence of manager Xisco, who altered the team’s fortunes at the back after replacing Ivic in December.

The Nigerian was involved in three clean sheets in 11 starts before the Spaniard arrived and has gone on to rack up the shut-outs in the New Year, adding a further 12 in the following 20 games he’s played from the off.

That defensive sturdiness will serve Watford well in a much-improved league like the Premier League and they can look to the success of Wolverhampton Wanderers and Sheffield United in 2018/19 and 2019/20 respectively — teams whose rearguard strength in the Championship the year before aided their transition to the top division.

Xisco’s team are statistically even more solid than Wolves and Sheffield, with the former conceding 39 goals in 17/18 while the Blades let in 41 a year later. The Hertfordshire outfit have been breached a miserly 28 times in 44 matches and, barring a rearguard mishap in their final two games, will outdo those two and even better Middlesbrough’s 31 goals conceded in 15/16.

Even though Troost-Ekong and his defensive partners will look to match or beat Boro’s stat, they’ll certainly be out to avoid the ignominy of immediate relegation that befell the Teesside club in 2017.

The underlying numbers reveal that Xisco’s team concede 1.27 Expected Goals against per game, which ranks as the eighth-best in the competition.

That average will undoubtedly rise when they face more quality opposition next year, but their current meanness at the back, despite a slight over-performance, bodes well for top flight football.

Having said that, the goals will need to come from somewhere and a lot will depend on holding on to Ismaila Sarr who unsurprisingly netted again at the weekend.

While the Senegal wideman was probably uninterested in staying this term, his hard work and productivity has helped the team return immediately.

Their over-reliance on the West African is quite unsustainable, so Xisco will look into the possibility of getting additional goal contributions via new signings or eking out more from the current attackers.

Without a doubt, Isaac Success falls into the latter category after returning to the squad recently following his injury nightmare.

He’s featured only eight times this term and only made his first start in March after being out for over a year.

The 25-year-old hasn’t scored or assisted for Watford since August 2019’s EFL Cup game over Coventry while his last direct league goal contribution came in March 2019 at Old Trafford.

The Nigerian’s injury worries and below-par productivity mean the club may have a decision to make this summer with the forward now into the final two years of his contract, even though teams are unlikely to be lining up to snap him up.

Watford will be pleased and relieved by their prompt promotion to the Premier League but staying in the league and becoming mainstays will be the challenge.

While Troost-Ekong and his defensive colleagues give Xisco a rock-solid foundation, an increase in final third productivity increases their prospects of retaining their status next year.

Mon Apr 26 , 2021
The Soweto giants recorded a big win at the weekend and one of their players feels it should inspire them in their upcoming fixtures Kaizer Chiefs midfielder Philani Zulu says their “spirits are very high” and they are taking positives from Sunday’s 2-1 Premier Soccer League win over Mamelodi Sundowns […] 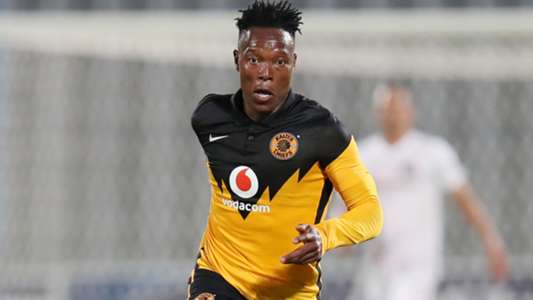