Watford manager Xisco Munoz has hailed the performances of Ismaila Sarr and Isaac Success in their 2-0 victory over Reading in Friday’s Championship game.

The African stars helped the Hornets return to winning ways against the Royals after their six-game winning streak was halted with a draw against Middlesbrough on Monday.

Sarr found the back of the net twice in the encounter to take his tally this season to 12 goals in 36 league appearances.

Nigeria international Success, who only recently returned from hamstring problems, also made a second-half appearance in the game and gave a good account of himself much to the delight of manager Munoz.

“I’m very happy with Sarr because today he had a very good performance, but I want to say congrats to all players because they were all at a big level,” Munoz told the club website.

“Sometimes I say I have 24 players ready to play and you don’t believe me! But today when Cathcart, Gray, Isaac or Carlos played, I think they were at a very good level. This is the team spirit we need, and this is very nice for us.”

The victory ensured Watford maintained second spot on the Championship table after gathering 82 points from 41 games, behind leaders Norwich City.

Sarr has been a consistent performer for the Hornets since joining the club in a club-record fee from French side Rennes in the summer of 2019.

The fleet-footed forward has made more than 65 appearances for the Hornets across all competitions since his arrival.

Watford dropped to the Championship last season and Sarr along with Success will hope to fire them back to the Premier League at the end of the current campaign.

Success, meanwhile, will be expected to establish himself at Vicarage Road after overcoming his injury woes.

The Super Eagles attacker has been with Watford since 2016 but has struggled for consistency since his arrival at the club due to injury, loss of form and indiscipline.

Watford will square off against Luton Town in their next Championship game on April 17 and will hope to extend their impressive form in the encounter.

Sat Apr 10 , 2021
Last weekend, Leeds’ triumph over Sheffield United meant they had collected back-to-back Premier League wins for just the fourth time this campaign. With the daunting task of league-leaders City today, the Whites then face Liverpool and Manchester United in the coming weeks. However, Marcelo Bielsa’s men sit in 11th and […] 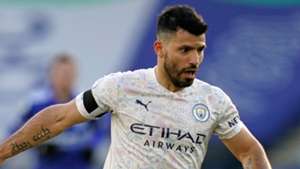