Besiktas forward Kevin-Prince Boateng has taken to social media to share a video of a jaw-dropping goal in training on Thursday.

The 33-year-old Fiorentina loanee has been keeping himself fit and in shape since the Turkish Super Lig was suspended in March because of the coronavirus pandemic.

A return to action is now slated for Friday with Fenerbahce and Goztepe taking on Kayserispor and Trabzonspor, respectively, and simultaneously.

In the video shared, Boateng receives the ball, traps and controls it in a sublime manner before firing a fierce volley which curves its way into the net.

He captioned the post with the words “I think I am ready”.

Boateng has played six times for Besiktas scoring two goals. His first came on his debut, as a second-half substitute in a 3-0 over Gaziantep on February 8.

His second strike was in a 2-2 draw at home to Trabzonspor.

With just 373 minutes of action in Turkey, Boateng has fast become a fan favourite at Vodafone Park with Besiktas keen to make his loan deal permanent.

However, no deal has been reached with his parent club Fiorentina, who he joined this season and made 14 Serie A appearances and scored one goal.

Boateng recently lent his voice in the ongoing protests on racial injustice and inequality emanating from the death of George Floyd in the United States.

The Ghana international has been a victim of racism in the past and has been a strong campaigner, often insisting football does not do enough to tackle the problem.

“In general what is football doing? Not a lot,” Boateng told Sky Sports.

“An advert on television or a banner when the teams walk onto the pitch [is not enough]. It’s already late but it’s never too late, we just have to wake up.

“It’s not a discussion, it’s just if we’re strong enough, if we really want to change something, we have to take big measures.”

Boateng famously walked off the pitch after racist insults were hurled at him in a friendly game between his then-club AC Milan and Pro Patria in January 2013.

Fri Jun 12 , 2020
Transfer Market The latest news and rumours 12:00. Borussia Dortmund want to keep Real Madrid right-back Achraf Hakimi on loan for another season, Dortmund’s sporting director, Michael Zorc, has confirmed. Achraf’s agent, Alejandro Camano, has said recently that the Moroccan will head back to Real Madrid in the summer and then […] 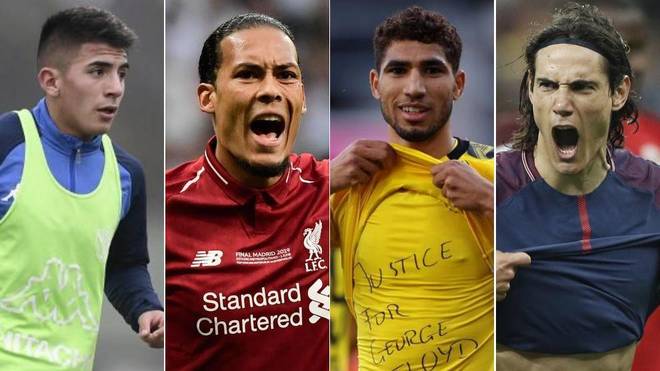