Kenya captain Victor Wanyama and Montreal Impact players have passed their coronavirus tests and have been allowed to resume full team training.

Major League Soccer (MLS) is expected to run from July 8 to August 11 but all the teams’ officials and players must be subjected to two Covid-19 tests.

Wanyama and his teammates have now passed the tests and have been given the green light to resume full joint training sessions from Thursday.

“I think this period of three months here where we weren’t able to do what we want and love to do every day, to be back today [Thursday], we have a new sense of energy,” Wanyama’s goalkeeper teammate Evan Bush said.

“You don’t want to take it for granted anymore. So, I’m going to take that as my mentality every day, and hopefully, the guys do the same.”

MLS will resume playing via a tournament in Orlando featuring all 26 teams after it was suspended on March 12.

Players were given permission to train individually from May 6 but testing was not a requirement at the time, as they social distanced themselves during those workouts.

The second phase was effected on June 1 as players were allowed to train in small groups and testing was not required once more, as no more than six players trained together and kept a distance.

MLS has now allowed phase three to be started where full testing was required and clubs had to conduct these tests before leaving for Orlando. MLS will conduct the remaining part of the season, on a tournament basis, in Orlando.

“There are three key issues. First is that clubs have to have the testing capacity to test players, second is that they have local government approvals [to return to training] and third is a variety of protocols, in terms of sanitized facilities and PPE [personal protective equipment],” MLS Deputy Commissioner Mark Abbott said earlier when providing guidance before the resumption of matches.

Once in Orlando, MLS will provide testing which will be conducted when players and staff arrive, then continued throughout the tournament.

Los Angeles FC, Minnesota United, Portland Timbers and the San Jose Earthquakes are yet to get their own approval.

Fri Jun 19 , 2020
Real Madrid His loan was due to end on June 30 Pablo GarcaMARCA Alphonse Areola will remain a Real Madrid player until the Champions League has come to an end and brought a close to the 2019/20 season. The French goalkeeper’s loan deal from Paris Saint-Germain was set to expire on […] 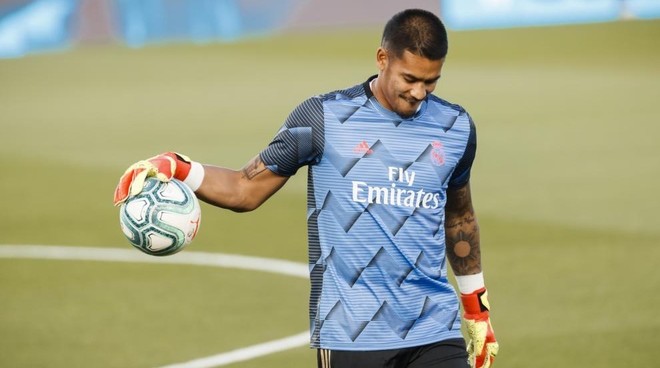