Manchester City, in association with TECNO, is a giving you an opportunity to become Goal’s local trainee Man City correspondent…

Manchester City are in the middle of a brilliant run of form in the Premier League. Their recent thumping 5-0 win over West Bromwich Albion has helped them leapfrog rivals Manchester United on the Premier League table as they currently sit at the top of the charts with 41 points from 19 matches at the halfway stage of the season.

The Sky Blues are on a 12-match unbeaten streak in the Premier League and have won eight straight matches, 11 in all competitions which is quite a resounding record for Pep Guardiola’s side.

With Manchester City currently on a rampage on the pitch, their fans in India and Nigeria have a unique opportunity to be part of a very promising season for the club.

In association with TECNO, Manchester City is offering you a once-in-a-lifetime opportunity to become Goal’s local trainee Man City correspondent for the business end of the 2020-21 season, from March to May.

Over 13 weeks, two lucky winners, one from India and Nigeria each, will get an opportunity to work to cover the English giants. The winner gets a paid contract with the world’s biggest football website!

To enter the contest, you have to create a single 60-second video on the Manchester City vs Liverpool match on February 6. Using your mobile phone, capture your preview and review of the game that demonstrates your personality and lets us know why we should select you. Go to this link to submit your entry: https://www.mancity.com/tecno-goal

The winners will also receive a brand new TECNO mobile phone and a Manchester City merchandise pack. They will be mentored by Goal’s dedicated Man City correspondent Jonathan Smith and additional training will be done by Goal’s local editorial teams in India and Nigeria.

TECNO Mobiles, a premium mobile phone brand, has been associated with Manchester City as their Official Global Tablet and Handset Partner since 2016.

The brand has a presence in more than 60 countries across the globe with its innovation, technological and artistic progression as well as a diversified product portfolio featuring smartphones and smart AIoT products.

TECNO consistently aims to inspire it’s consumers to reach beyond their current limitations and uncover a world of possibilities. TECNO’s intimate understanding of its consumers is what inspires them to constantly innovate and provide localized innovations for their users who are “young at heart” and never stop pursuing excellence.

Want to be Goal’s trainee Manchester City correspondent? A dream job awaits you

Thu Jan 28 , 2021
Manchester City, in association with TECNO, is a giving you an opportunity to become Goal’s local trainee Man City correspondent… Manchester City are in the middle of a brilliant run of form in the Premier League. Their recent thumping 5-0 win over West Bromwich Albion has helped them leapfrog rivals Manchester United […] 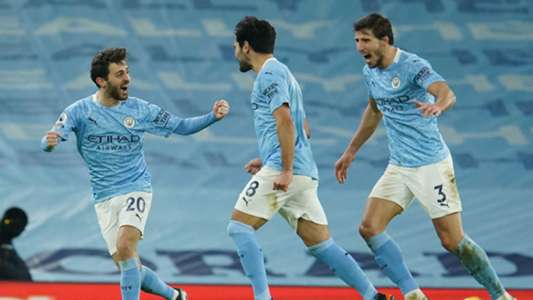