The Super Falcons handed the duo their bows in a meeting with CSKA Moscow, and the American tactician earned a winning start

Randy Waldrum has lauded the fantastic displays of the American-born duo of Toni Payne and Patricia George in Nigeria’s 1-0 victory over CSKA Moscow in their Turkish Women’s Cup opener.

Payne and George completed their nationality switches to represent Nigeria in April 2019 but could not honour their earlier invitations by erstwhile coach Thomas Dennerby due to administrative problems.

After a long wait, they eventually fulfilled their dreams under coach Waldrum against CSKA at the Emir Sports Complex on Thursday.

They both put in assured performances as Waldrum’s side collected a clean sheet from a 1-0 win and launched their campaign on a winning note in the American tactician’s first game in charge.

Sevilla star Payne featured from the start to finish on her first appearance for the African champions and the 64-year-old manager was full of praise for the 25-year-old forward.

“I was really pleased with them [Payne and George],” Waldrum told the media.

“I thought she [Payne] was really great today and I thought she’s been playing up front for her club team.

“And I knew her in the US as a midfielder player and we put her in the midfield today and she really did a good job. She was dangerous and creative.”

On the part of George, the SC Sand defender came on as a 76th-minute replacement for midfielder Halimatu Ayinde and Waldrum feels she was outstanding in her few moments on the pitch.

“We put her [George] in an unfamiliar position in the midfielder as well,” he continued.

“She normally played upfront or outside back. Considering that, I thought she stepped on and did really well in those last few minutes.”

As Nigeria continue their campaign at the tournament against Uzbekistan on Saturday, Payne and George will be eager to see more minutes on the pitch and inspire their new side to success.

Fri Feb 19 , 2021
The young defender had been a regular starter at the beginning of Frank Lampard’s reign but only made two Premier League appearances in 2020 Fikayo Tomori has admitted he found 2020 “so frustrating” at Chelsea after losing his place in the Blues side and not being told why. After spending […] 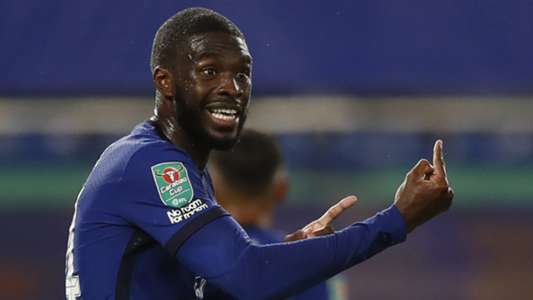