The Cops will, however, wait until UPDF – who are just a point behind – play their game on Saturday against Vipers

Wakiso Giants picked up their first win of the ongoing Ugandan Premier League season after a 1-0 win over Mbarara City on Friday at Kakyeka Stadium.

Kipson Atuheire, who was making his debut for the Purple Sharks, scored the only goal of the encounter to ensure coach Douglas Bamwenyana registered a first win since taking charge of the club.

In a contest that both sides looked equally matched, Mbarara City’s Bashir Mutanda shot over the bar the first clear chance after he beat Edward Sabulo in the 30th minute.

Vianne Ssekajugo and Joshua Lubwama, both of Wakiso Giants, saw their chances go wide as well. As the second half began, Solomon Okwalinga was unable to give Mbarara City an opener as his effort went wide from a clever position.

Uganda international Ssekajugo would have opened the score in the 55th minute as his effort was ruled out for offside. Two minutes after Ssekajugo was flagged down, the Purple Sharks took the lead as Atuheire – who received a good cross from Owen Kasule – opened his goal account.

Jude Ssemugabi wasted a chance to make the score 1-1 when his penalty hit the crossbar. The penalty miss helped Wakiso Giants move up to the eighth position after picking up draws in the previous five games.

Johnson Odong, Muwadda Mawejje and Brain Mulili scored the goals for the winners – who are now on top with 13 points – while Baker Buyala netted for Kyetume.

Kyetume – who had not lost a game in the previous five games –  will remain seventh and on nine points.

Odong scored the first goal of the game in favour of the Cops in the 20th minute before Mawejje added the second 15 minutes later. Buyala scored Kyetume’s goal two minutes before the half-time break.

Police had to wait until in the second half as Mulili struck in the 73rd minute. Feni Ali delivered the cross that Buyala needed to connect with and score to stretch the lead quite far from Kyetume’s reach.

Earlier on, Sharif Saaka missed a clear opportunity that would have helped Kyetume get at least a point from a probable draw. Henry Katongole was alert enough to thwart the danger presented by two strikes from Buyala.

There were also missed opportunities when Mustafa Mujuzi shot out from close range and when Deo Isejja hit the crossbar.

Police will welcome BUL FC – who condemned KCCA FC to a 2-1 defeat – on Tuesday while Vipers Sports Club will visit Kyetume.

Finally, Onduparaka FC and Busoga United shared points from a 1-1 draw in Arua.

Fri Feb 12 , 2021
What’s the truth of the story about the Barcelona icon almost going to Scotland? Goal takes a look back Football is full of stories about near-misses and fantasies concerning players who might have been signed by certain clubs. Blackburn Rovers famously missed out on Zinedine Zidane in the 1990s, opting […] 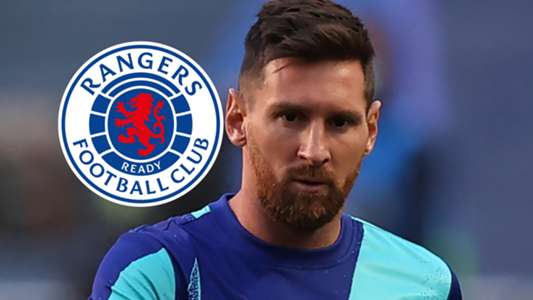