The striker is the first player Wazito have confirmed for a permanent departure in the ongoing transfer window.

“We can confirm that Joe Waithira has left the club by mutual consent,” Wazito announced on Wednesday.

“The winger first joined us in 2016 and played a huge role in our promotion to the Kenyan Premier League during the 2017 campaign.

“After a short stint away, he returned to the club in 2018 and once again was central to our promotion back to the top-tier. He leaves with the blessings of the club. Good luck King Joe.”

Wazito’s Chief Executive Officer Dennis Gicheru described the forward as one of the loyal players to have served the Premier League outfit.

“I want to thank Joe for his service to the club. He has been a loyal Wazito FC servant and as a club, we wish him all the best for his future endeavours,” Gicheru told the club’s website.

As Waithira leaves the club, another three players have been loaned out.

“We can confirm that Steven Odhiambo, Castro Ogendo, and Edwin ‘Euro’ Omondi have been loaned out for the remainder of the season,” Wazito announced.

“Odhiambo, a keeper will spend the remainder of the current campaign at his former club Western Stima. Castro heads to National Super League side, Kisumu All Stars while Omondi, just like Odhiambo returns to his former side, Western Stima.

“Everyone at the club wishes the three success.”

Gicheru explained the need to have the trio leave on loan to the second-tier and Premier League clubs.

“We want them to play week in week out. At the moment we cannot guarantee them playtime and that’s why we saw it fit to let them go out on loan. We wish them all the best,” Gicheru added.

Wazito have been on a good run and have so far picked maximum points from their last five games. The wins came against Nairobi City Stars, AFC Leopards, Bidco United, Nzoia Sugar and Kakamega Homeboyz.

Their next match will be a February 5 encounter against Tusker who are leading and have also been in good form.

Wed Feb 3 , 2021
The Uruguayan was taken off early against the Saints at Old Trafford after scoring his sixth goal of the season just before the interval Ole Gunnar Solskjaer has explained his decision to substitute Edinson Cavani at half-time during Manchester United’s 9-0 thrashing of Southampton. United moved level on points with […] 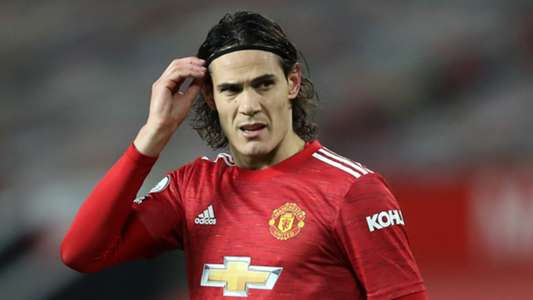