The maiden WAFU-B Women’s Champions League will be held in Abidjan, the West African Football Union has confirmed to Goal.

The first-ever regional women’s club competition is scheduled to be played from July 15 to 30 and will serve as the qualifying tournament for the Caf Women’s Champions League finals in November.

With eight teams to play in the finals, two teams will qualify from the WAFU zone B, after Caf offered an extra slot to the region due to Nigeria being holders of the Africa Women’s Cup of Nations.

Six teams are due to take part in the qualifiers in Cote d’Ivoire, including Benin Republic, Ghana, Niger, Nigeria and Burkina Faso.

However, WAFU-B general secretary Balima Boureima said no official confirmation from Caf has been received yet on the participating women’s teams, while confirming the venue and date of the competition.

“I can confirm to you that the WAFU-B qualifier will be hoping from  July 15 to 30 in Abidjan,” Boureima told Goal.

“I expect representatives from the seven countries in the zone to participate but we are waiting for all the official names of the submitted and approved clubs before posting by the Caf.”

Nigeria has confirmed Rivers Angels as their representatives, after their triumph at the just concluded NWFL Super Six in Ijebu Ode.

Elsewhere, Ghana had earlier settled on Hasaacas Ladies FC as the country’s sole representative base on winning the GFA Normalization Special Competition in 2019.

As it stands, the eventual two finalists at the zonal tournament will qualify for the inaugural Caf Women’s Champions League, whose host is yet to be decided although Morocco has been rumoured as a possibility.

Tue Apr 27 , 2021
The 20-year-old has become the latest African to team up with the Belarusian side after agreeing on terms and passing her medical Belarusian Women’s Premier League club Dinamo-BSUPC have completed the signing of Colette Ndzana, on a one-year deal. The Belarusian champions handed the Indomitable Lionesses star her first professional […] 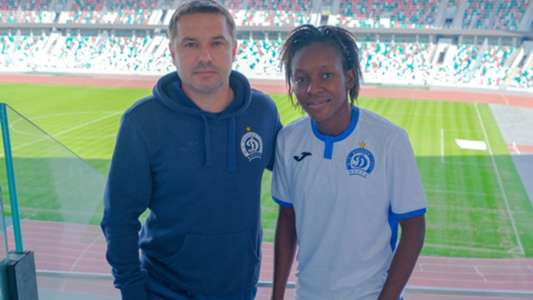