Chris Mugalu scored the only goal at the Pentecost Martyrs Stadium, Kinshasa on Friday night to fire Simba SC to a 1-0 win over AS Vita Club in their Caf Champions League outing to go top of Group A.

The hosts started the match on a high, pushing for an opening goal from the wings. In the fourth minute, they won a free-kick in a good area when the captain of the night, Mohamed Hussein, handled the ball, but Ivorian Pascal Wawa headed the danger away.

In the 10th minute, goalkeeper Aishi Manula had to be alert to stop the Ivorian from deflecting the ball into his own net. Jeremie Kalenda had done well to get past his marker before crossing the ball into the danger zone. Kenyan Joash Onyango headed it but it hit his defensive partner but the custodian bailed them out.

As time went by, the Black Dolphins were growing in confidence and attacked with every opportunity.

Manula bailed his charges out once again in the 13th minute. A long ball caught the Wekundu wa Msimbazi napping and it fell to Kalenda. The Taifa Star had to commit and managed to force the forward to cross the ball in search of a teammate, but the chance was eventually wasted.

After that attack, the Tanzania Mainland League champions opted to possess the ball more to avoid frequent attacks by their hosts. However, they still struggled to break down the opponent’s solid defense.

Simba must have celebrated in silence when they had the first-half whistle go, owing to their struggle to match their opponents. The break presented an opportunity for them to re-strategise for the second half.

The East African heavyweights came into the second half a much-improved side and prevented the Congolese from playing as freely as they did in the first half.

They were eventually rewarded in the 60th minute. Clatous Chama managed to get into a good position and cut the ball back to Luis Miquissone. The Mozambican’s effort was blocked by Ousmane Ouattara’s hand and the referee awarded the visitors a penalty.

Mugalu held his nerves to send Simon Omossola the wrong way and give his team a lead.

Despite a spirited fight-back from the Black Dolphins, Simba held on to get maximum points and go top of their group.

In Group D, five-time champions Zamalek SC were held to a goalless draw at the Cairo International Stadium by MC Alger.

The White Knight had come into the match hoping to capitalise on the home ground advantage but they could not find their way past the Algerians.

Fri Feb 12 , 2021
Csaba Laszlo’s side are in a must win situation against Juan Ferrando’s FC Goa who look to reclaim the third spot… Chennaiyin and FC Goa have not won a game since six and seven matches respectively when the two sides lock horns in a 2020-21 Indian Super League (ISL) fixture at the […] 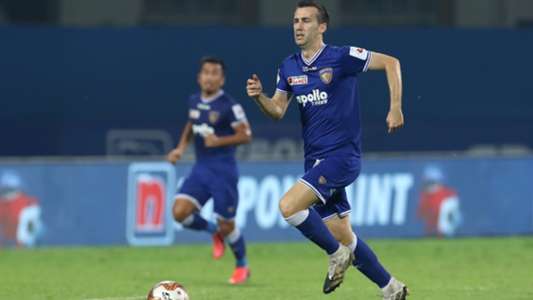