Ibrahim Orit scored twice while Ceasar Manzoki added the other goal as the Cops registered their goals from Erick Ssenjobe and Brian Mululi.

Police goalkeeper  Derrick Ochan denied Vipers’ Muhamad Shaban in the 15th minute in what was the most open chance for the hosts.

Shaban got a way past the Police backline but the Cops were saved by their custodian who came off better in the one-on-one situation.

The Venoms opened the score in the 21st minute when Orit collected a good pass from Disan Galiwango and fired past Ochan. The lead did not last long as Ssenjobe equalised for Police two minutes later. Yunus Ssenatmu’s first touch in the 32nd minute failed him as he stood a chance to restore Vipers lead but he could not score from an open space.

Mululi scored Police’s second goal in the 36th minute but the visitors suffered a setback in the 41st minute when goalkeeper Ochan was sent off for a straight red card after handling the ball outside the area.

Coach Fred Kajoba made a change in the 45th minute when he brought on Paul Mucureezi and gave that position to David Bagoole. Mucureezi was involved in Vipers’ equaliser when he delivered the ball to Orit who headed into the net in a brilliant fashion.

Tom Ikara, who came on to replace red-carded Ochan, was alert especially in the 70th minute as he stopped Vipers from scoring on a number of quick occasions. His notable save was when he stopped Shaban from scoring at close range.

Ssentamu will blame himself for not finding the back of the net in the 72nd minute when he blasted wide. Shaban was withdrawn in the 73rd minute and Manzoki came on. The substitute needed just three minutes to make his impact felt when he struck an equaliser for the league champions.

Kajoba made his final change when he took off Ssentamu and brought on former Gor Mahia and Bandari striker Dan Sserunkuma in the 88th minute. The four added minutes were not enough for Police to find a way past resolute Vipers.

Mourinho mulls over Spurs’ top-four chances after slipping to ninth

Fri Feb 19 , 2021
The Portuguese believes anything is still possible this season, with there little to separate the Champions League spots from those in mid-table Jose Mourinho believes Tottenham remain in the hunt for a top-four finish this season despite slipping to ninth on the back of a disappointing run of results. Spurs […] 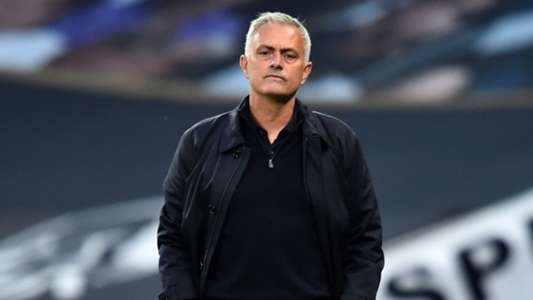