Yunus Ssenatmu scored for the Venoms while the Jogoos won their respective encounter courtesy of Norbert Kazibwe’s strike.

UPDF goalkeeper Yusuf Wasswa denied Vipers on two occasions in the first 10 minutes in which the hosts were more dominant. Wasswa stopped a shot from Karim Watambala before he denied Ssentamu from breaking the deadlock shortly thereafter.

An alert Wasswa pulled off a great save again in the 20th minute when he stopped Allan Kayiwa’s free-kick that was directed to the top right corner.

A combination between Ceasar Manzoki and Kayiwa could have produced the opener in the 24th minute but the former was not able to connect with the final pass from his teammate.

Coach Fred Kajoba had to make a change in the 36th minute when Joseph Dhata was injured and was replaced by Dennis Mwemezi.

Wasswa was even more alert in the last five minutes of the first half to deny the champions, who launched numerous attacks in search of an opener that proved elusive, before heading back to the tunnel.

After he was denied by Wasswa on a number of occasions, Kayiwa was withdrawn in the 45th minute and David Bagoole took his place.

Kajoba made another tactical change in the 58th minute as he brought on experienced Dan Sserunkuma to replace Watambala.

The Venoms finally got the breakthrough in the 85th minute when Ssenatamu managed to find way past Wasswa.

The late goal was enough to hand the league champions a slim win against otherwise high-flying debutants.

Meanwhile, an 82nd-minute goal by Kazibwe is all the Jogoos needed to pick up the three points against the struggling debutants.

The home win is the third for the record champions who are hopeful of a better season than how they fared in the previous campaigns.

Sat Feb 13 , 2021
Ferrando backed FC Goa goalkeeper Dheeraj Singh despite his unconvincing recent displays FC Goa head coach Juan Ferrando rued the defensive errors made by his team and has called for improvement after their 2-2 draw against Chennaiyin on Saturday. The Gaurs had to come back into the game to equalise […] 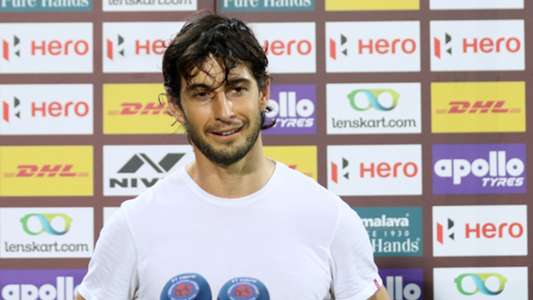