Although they struggled in the season-opening phase, the forwards have upped their game recently turning into an effective goalscoring force

Vipers SC head coach Fred Kajoba has stated he is confident in his strikers as they have worked on their effectiveness ahead of their Ugandan Premier League tie against Bright Stars on Wednesday.

Kajoba is hopeful the team will do better than how they did and outsmarted their previous opponents Onduparaka FC on February 27 where they emerged 3-1 winners.

“We have worked on our finishing, we saw a couple of chances created against Onduparaka and we converted three into goals. We pray the boys can do better because all the teams are also doing well,” Kajoba said as quoted by the club’s website.

The Wednesday encounter is expected to be an emotional one for Kajoba since he led Bright Stars to a maiden Uganda Cup final in 2019 where they ended up losing to Proline FC in post-match penalties.

“We closed that chapter though the memories remained. We have since moved on and Wednesday is purely going to be another affair. It would be business and real business,” he added. “We will enjoy fighting for three points as well.”

On injuries, late assessments will be carried out on Halid Lwaliwa and Siraje Sentamu after they were unavailable for the Onduparaka game due to minor knocks.

Milton Karisa is expected to miss the Bright Stars tie but could be available for the upcoming matches against URA FC and KCCA FC. Kajoba will also miss Abraham Ndugwa who is suffering from a metatarsal issue and Ahmed Amayo who was down with fever but has so far started training.

On the other hand, Simon Ssemayange, Sam Sekitto, Ronald Sempala, Methodius Jungu, Andrew Kyambadde and Alfred Onek will not be available for Bright Stars due to injuries.

Emmanuel Loki is expected to be given more minutes after making his debut against Police FC in the previous game.

The visitors, who have managed to get goals in each of their last 10 matches, have been on a good run as they have won three of their last seven games and four have ended in draws.

But Vipers will be buoyed by history as they have never lost a game against Bright Stars. In the 15 games the two sides have met, the Venoms have won on six occasions while nine have ended in draws.

Vipers, however, have had a far better recent record against Bright Stars given that they have won three of their five games including two matches that were held at St Mary’s Stadium. The last time they clashed, the Premier League champions emerged winners with a 3-1 scoreline before the season was cancelled.

Wed Mar 3 , 2021
The Portuguese coach rubbishes claims they are posting negative results because of tiredness and says they will bounce back Gor Mahia coach Carlos Manuel Vaz Pinto has come out to deny reports his team is currently struggling in the FKF Premier League because of fatigue. The Kenyan champions have had […] 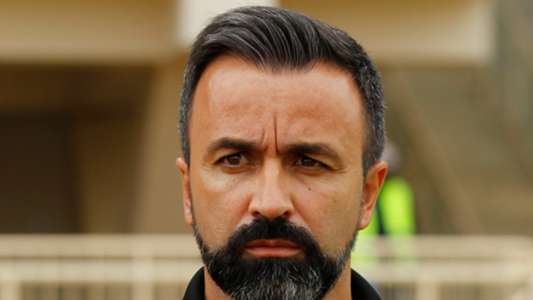