The Brazilian forward admits there are plenty of challenges when representing one of the world’s biggest clubs, but there are also many perks

Vinicius Junior admits that representing Real Madrid brings with it “fear and insecurity”, but there are also perks and the Brazilian forward is delighted to be in a position where he can now play as himself on video games.

A big-money move in 2018 saw a then 18-year-old starlet leave the comforts of his homeland for a new challenge in Spain, with big things expected at Santiago Bernabeu from one of the hottest prospects in world football.

Vinicius concedes that living up to expectations at a La Liga heavyweight is not easy, but he is embracing a standing at the top of the world game that allows him to rub shoulders with his “greatest heroes” on and off the pitch.

Vinicius has told UEFA’s official website of being at Real Madrid: “Facing these changes when you are [just 18] is something good and bad at the same time.

“It is good because you have more time to learn things and play during several years in Europe, but you also face the fear and insecurity of playing for the greatest club in the world and doing things right.

“I was very young when I came to a new country, and I had to change my habits both on and off the pitch to get used to another football culture, which is completely different from Brazil.

“Arriving here and playing with my greatest heroes, who I used to watch on TV or while playing video games. Now I can play as myself, which I do a lot.

“I play a lot against Rodrygo and [Eder] Militão, who I’m closest to; we’re always playing. Who is the best FIFA player at Madrid? I think it’s [Marcos] Asensio and [Dani] Carvajal: they’re good.”

Vinicius was eased into life at Madrid, with Real wary of asking too much of him too soon.

He is, however, now up to 111 appearances for the club, with 15 goals recorded across those outings.

A La Liga title triumph has been taken in, along with a FIFA World Club Cup success, and the current campaign has Zinedine Zidane’s side chasing down Champions League glory.

Vinicius is eager to get his hands on as many trophies as possible, adding on his future ambition: “To keep on playing for Real Madrid, playing a lot of games.

“I’ve already played for the club [over 100] times which is a lot for a 20-year-old; very few players have achieved this.

“And I want to keep on winning a lot of trophies, scoring a lot of goals and bringing a lot of joy for the fans here, who follow us – and for my family as well.”

Real will be back in action on Tuesday when they take in the first leg of a heavyweight European semi-final showdown with Chelsea.

Tue Apr 27 , 2021
The club’s keeper trainer comes out to defend the Kenyan custodian for the goal that earned the ‘Ice-cream Makers’ a vital win Yanga SC have come to the defence of goalkeeper Farouk Shikalo after the goal scored by Azam FC denied them points in a Mainland Premier League match at Mkapa […] 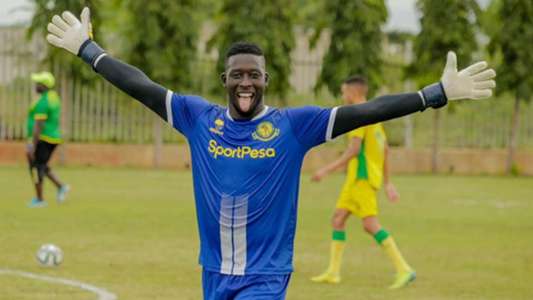