Orlando Pirates will be without attacking midfielder Vincent Pule for the original Soweto Derby clash with Swallows FC at the Orlando Stadium on Sunday afternoon.

Pule is suspended for one game, having picked up a yellow card last weekend in the 1-0 loss to Mamelodi Sundowns, making it four bookings this season for the former Bidvest Wits and African Warriors star.

The 28-year-old Pule has been in good form and recently scored a brace for Pirates in a 2-2 draw against Cape Town City.

Pule’s ability make something out of nothing; the creative spark he brings to Bucs, could be missed against a Swallows team which has conceded just five goals in nine league matches this term.

Pirates do however have a ready-made replacement in Deon Hotto, with Thembinkosi Lorch likely to start on the opposite wing.

Pule’s teammates, defenders Thulani Hlatshwayo and Innocent Maela are meanwhile just one booking away from their own suspensions.

Swallows also have a suspension – Zaphaniah Mbokoma, a player in a similar mould to Pule, will miss the clash in Orlando after being sent off in the Birds’ 3-2 midweek win over Cape Town City.

This will be the first time Pirates have played Swallows since December 2014, following the Birds’ relegation at the end of that season.

Brandon Truter’s side is flying high on their return to the top-flight this season. They are joint top of the league standings, together with defending champions Sundowns.

There are four other suspensions for this weekend’s Premier Soccer League (PSL) action, including Kaizer Chiefs’ left-sided player Philani Zulu.

Amakhosi are up against Zulu’s former club, Maritzburg United, at the FNB Stadium on Saturday evening (5 pm).

Cape Town City striker Tashreeq Morris will sit out his side’s match against Tshakhuma Tsha Madzivhandila after his late red card against Swallows.

Zitha Macheke is suspended for Stellenbosch’s home clash with Black Leopards on Friday evening while Moeketsi Dithebe will not be available due to suspension when Bloemfontein Celtic host AmaZulu on Sunday.

Fri Jan 8 , 2021
The interim head coach of Bengaluru FC has taken inputs from the outgoing manager Carles Cuadrat until last evening… Bengaluru FC face East Bengal on Saturday evening in what promises to be an intriguing tie. The Blues come into the game on the back of three consecutive defeats while the […] 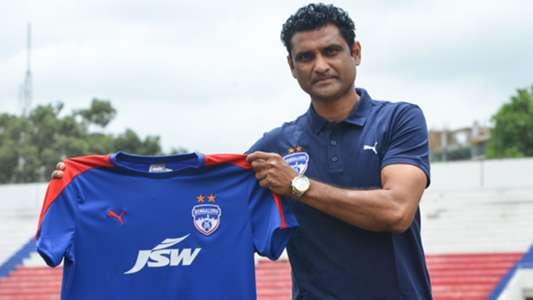