The 43-year-old was furious at the club’s signing of Olivier Ntcham from Celtic, saying he did not approve the transfer

Marseille have announced that Andre Villas-Boas has been suspended following comments critical of the club’s transfer policy, with the Portuguese expected to be sacked following a disciplinary proceeding.

Villas-Boas sensationally offered to step down as Marseille’s manager on Tuesday, saying the club decided to sign Olivier Ntcham from Celtic against his wishes.

“It’s a decision that was not made by me. This is a player I said no to,” the 43-year-old told a press conference.

“I was not aware of it, I learned of the signing when I woke up and went on the number one website for Marseille news. I submitted my resignation saying that I didn’t agree with the sports policy.

“The board has not yet given me feedback. I do not want money, I just want to leave. This club has already experienced two or three years of randomness in terms of its transfers and I cannot accept that.”

Villas-Boas had already made it clear last week that he expected to leave the club when his contract ends in June, saying at a press conference: “It looks like the end. I think it’ll all be over in June.”

But the manager’s time at the club appears set to end much sooner, as the club released a statement after his press conference on Tuesday indicating he would be departing imminently.

“This decision has become unavoidable given the recent and repetitive actions and attitudes that have seriously harmed Olympique de Marseille and its employees who devote themselves to it on a daily basis.

“The remarks made today during a press conference in regard to Pablo Longoria, general manager in charge of football, are unacceptable.

“His exceptional achievements should not be questioned and, on the contrary, were welcomed by all during this winter transfer window which was affected by an unprecedented crisis.

Following a second-place finish last season, Marseille have struggled this term and sit in ninth place in the Ligue 1 table.

Amid the team’s poor form and reports of infighting, supporters broke into Marseille’s training ground at the weekend and caused significant damage, forcing the postponement of the team’s match against Rennes.

Naushad Moosa - Bengaluru were fighting till the final whistle

Tue Feb 2 , 2021
The Bengaluru interim coach was happy to finally get three points after eight winless matches… Bengaluru finally ended their eight-game winless streak with a convincing 2-0 win over East Bengal on Tuesday in an Indian Super League (ISL) clash. The Blues managed to keep a clean sheet after over a […] 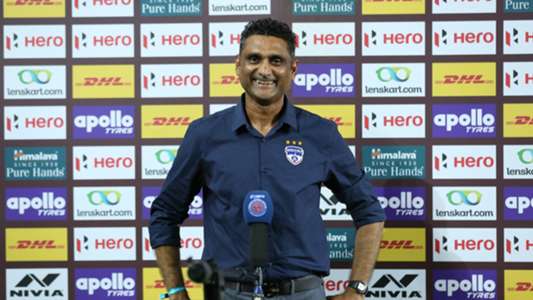