The Napoli frontman had a fruitful 2020, and should have an even bigger year in Serie A

The annulment of Ligue 1 last season meant Victor Osimhen probably left Lille with a tinge of sadness at having ‘unfinished business’ in the French top flight.

The young forward returned to one of Europe’s top five leagues for the first time since a torrid spell with Wolfsburg in Germany to, by and large, devastating effect in 2019/20.

Osimhen was on 13 Ligue 1 goals from 25 starts when the season was curtailed, but that didn’t stop Napoli from swooping on one of the continent’s brightest exports, despite playing less than a full season at the top level.

His immediate impact hasn’t reflected in the scoring numbers just yet; however, the seamless transition to Serie A and swift integration into Gennaro Gattuso’s team offer positive signs for the New Year.

🗣️ “Osimhen can make the same impact as Maradona” 😲

What did you make of this comment from Amaju Pinnick?

While the forward’s year may have ended with an unfortunate injury suffered on Nigeria duty, preceding events cemented the 22-year-old as one of the rising stars in European football.

He’d netted only three times before the initial suspension of Ligue 1 but the potential shown by the striker, as well as end product, was enough to convince Napoli to make him their big-money acquisition, despite the financial realities of every club.

Undeterred by the pandemic, the Azzurri splurged on the spearhead in whom they hoped will be the spearhead of an ambitious side with objectives to not only return to the Champions League but also contend for the Scudetto, along with unrecognisable Juventus, second-placed Inter Milan and surprise leaders AC Milan.

Osimhen’s instant impact against Parma on his league debut was remarkable and the improving attacker has shown his multi-faceted profile since that gameweek one encounter.

While his goalscoring numbers before his layoff — two goals in six appearances — were modest, there was enough to suggest an improvement was around the corner due to his overall performance in games.

Napoli’s results suffered in November and December without their springy number nine, so his return from injury and Covid-19 in 2021 is just what the doctor ordered as they look to achieve the minimum objective of returning to Europe’s premier club competition.

None whatsoever. It’ll take a massive disaster to even consider selling a prospect considered among Europe’s top young forwards going into 2021.

Goals. Even though the striker’s shown he can hurt the opposition even without scoring regularly, Gattuso’s men need their big-money centre-forward firing if they’re to meet basic expectations in the New Year.

In a campaign where Juventus look weaker and unlikely to win a 10th successive league title, the side from Naples will have a higher chance of competing with both Milan clubs if their primary forward starts hitting the back of the net with a bit more consistency.

Given how reactionary and blinkered observers can be, a low-scoring campaign or lack of much-needed goals in tight games could lead to doubts creeping up about the Nigerian’s credibility to lead the line for Napoli.

If they finish outside the top four and fail to claim the Europa League, some could even question the purchase of Osimhen, in hindsight, arguing why so much faith was placed in the youngster in the first place.

Caf Confederation Cup: KCCA FC will not change style vs AS Kigali – Mutebi

Wed Jan 6 , 2021
The veteran tactician now says they will not be desperate when they face the Rwandan outfit but will come out on top Kampala City Council Authority (KCCA FC) coach Mike Mutebi has maintained the team will stick to their style of play when they take on AS Kigali in their […] 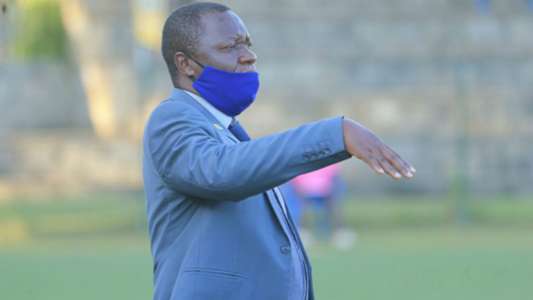