Watford’s Vicarage Road is turning to a ‘holy ground’, according to William Troost-Ekong following the Hornets’ 2-0 victory over Wycombe Wanderers on Wednesday evening.

Andre Gray’s brace powered Xisco Munoz’s team past the visiting Chairboys – a result that brightened their chances of getting promoted to the Premier League.

See the best bits as two @AndreGray goals secured all three points at The Vic.#WATWYC pic.twitter.com/CipV1dwm3B

Aside from securing maximum points, the Hornets now boast 41 points at their home ground in the 2020-21 campaign, more than any other Championship team.

Buoyed by his team’s latest result, the former Bursaspor and Udinese player stated that it would be difficult for any club to pick points at Vicarage Road.

“I feel like this is becoming holy ground now. To come and play at Vicarage Road for any team is going to be difficult,” the Nigerian international told Hive Live.

“Everyone’s enjoying their football and they’ve been unreal to keep the pitch how it is because it suits us to play the ball. We need to make our home games count and this should be our fortress.”

The 27-year-old also said it was crucial Watford picked all points at stake – after losing 1-0 at AFC Bournemouth the last time out – as well as recouped their defensive firmness.

He is also full of praise for Gray who rose up to the occasion in the absence of suspended forward Joao Pedro.

“It was important to make sure we got back to what we were doing before,” he continued.

“In the game against Blackburn we were fantastic at the front but in recent weeks we’ve been letting in too many goals, so to get a clean sheet and for Andre [Gray] to get two goals is fantastic for everybody’s confidence and it’s just the result we needed.

“Everybody saw he was playing football with a smile today and we’re really happy for him.

“When you have a squad like we have, you need everyone to chip in and he was fantastic today, so hopefully it’s the first two goals of many to come.”

Munoz’s men are third in the second-tier log with 63 points from 34 outings – 10 points adrift of leaders Norwich City. They take on Nottingham Forest in their next outing on Saturday.

Thu Mar 4 , 2021
The Eagles boss talks about the Ghanaian’s injury return after two months on the sidelines  Crystal Palace manager Roy Hodgson reveals he was worried about a possible injury relapse for Ghana midfielder Jeffrey Schlupp during Wednesday’s Premier League draw with Manchester United. After two months in the treatment room, the […] 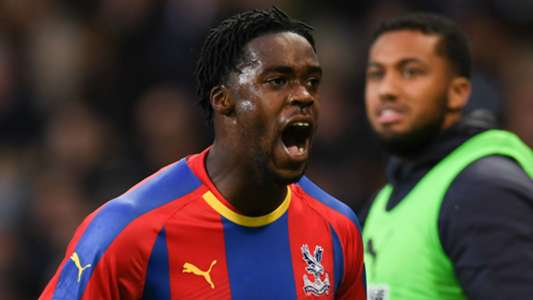