Marco Verratti wanted to join Barcelona in 2017, according to his former agent, who says the Paris Saint-Germain star was eager to link up with Lionel Messi at Camp Nou.

Verratti has spent the last nine years of his career at Parc de Princes, having been snapped up from Pescara by PSG as a teenager in 2012.

The Italy international has since helped the French champions establish themselves as the most dominant team in Ligue 1, but his former representative Donato Di Campli claims his head was turned by interest from Barca at one stage.

“He told me to talk with them, and that we would also talk with PSG since an extension was in the pipeline. PSG was not great at the time, so I said to Marco: ‘Are we going or are we staying?’

“He said ‘OK, let’s try another experiment’. Marco really wanted to go to Barcelona. He texted Nasser [Al-Khelaifi] to tell him, I kept it.

“They were offering a lot of money, but it wasn’t even that. Playing with Messi, becoming a champion, which is a different thing to being a great player. PSG are one of the biggest clubs in the world, but they play in a weak league.

“I told Marco that if he wanted to become a champion, he had to change tune.”

Messi has been heavily linked with a switch to PSG in recent months, amid speculation that he could walk away from Barca when his current contract expires in the summer.

Verratti missed out on the chance to play alongside the Argentine at Camp Nou earlier in his career, but he has welcomed the prospect of his arrival at Parc des Princes later this year .

“Of course, I would like to play with Messi,” the 28-year-old told Canal Plus in February. “To have him in the squad would be something magnificent, one more thing that football would give to me.

“I would give the ball to Neymar and Messi and stay behind to just enjoy watching them a bit.”

Will Verratti be fit to play against Barca in the Champions League?

PSG are due to take in a trip to Camp Nou for the first leg of their round-of-16 tie against Barca on Tuesday night.

Verratti had been a major doubt for the fixture due to a hip injury, but Mauricio Pochettino confirmed he will be available for selection at a pre-match press conference.

“We are taking it step by step with Marco Verratti,” the PSG boss told reporters on Monday. “He is going to train today and it won’t be a particularly demanding one as it is the day before the match.”

Tue Feb 16 , 2021
The World Cup winner has taken a while to find his feet at Camp Nou on the back of a big-money move, but he has impressed this season Ousmane Dembele is considered to be a “genius type player” by Barcelona presidential candidate Joan Laporta, with the World Cup winner enjoying […] 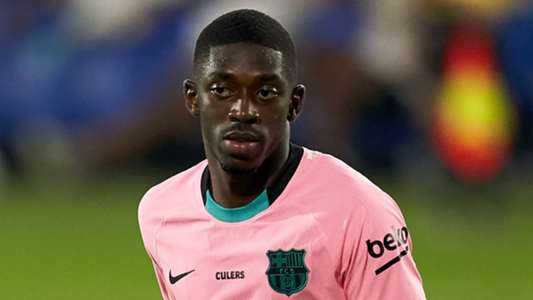