Gor Mahia coach Carlos Manuel Vaz Pinto has admitted his players are working extra hard to get results after they managed to beat Bandari FC 3-1 in an FKF Premier League match played on Sunday.

K’Ogalo put up a decent display to defeat the Dockers in Mombasa with Burundian striker Jules Ulimwengu notching a brace for the reigning champions, Nicholas Kipkirui getting a third while Bernard Odhiambo scored for the hosts.

It was Gor Mahia’s second straight win in the league after they had suffered a shock defeat to Vihiga United and coach Pinto, has admitted his players are pushing themselves to get the result owing to the number of matches they are playing in every three days.

“An excellent result, a victory on the ground of a difficult opponent and in difficult conditions with temperature and humidity which at this stage with three games a week, is very exhausting,” Vaz Pinto said as quoted by Gor Mahia’s social media.

“The players were excellent and complied with the game plan we had outlined and I am pleased with them and the work they are doing, despite playing matches after every three days.”

Ulimwengu, who was the star of the match, has also promised to continue scoring the goals so as to help the champions reach their set targets for the 2020-21 season.

“It feels good to score two goals and l thank God for everything, but the most important thing is we won as a team and collected all three points. I will continue working hard to help the team do well,” Ulimwengu said as quoted by Gor Mahia’s social media pages.

Gor Mahia did not start the season well and after losing to Vihiga United they bounced back to beat Zoo FC 3-0.

And against the Dockers, Gor Mahia were determined to come on top against a team that has not beaten them in the last four league matches, and it was Ulinwengu who set the ball rolling with the opener in the 37th minute.

Bandari drew level three minutes later from Odhiambo, but the Dockers seemingly lost concentration after getting an equaliser and were punished with seconds to the break courtesy of Ulimwengu.

Kipkirui then put his name on the scoresheet in stoppage time to ensure Andre Casa Mbungo suffered his first defeat as Bandari coach.

Gor Mahia will now shift their focus to the Mashemeji derby where they will face their bitter rivals AFC Leopards on Sunday.

Mon Feb 1 , 2021
The National Elephants will now play Mali as the Atlas Lions entertain hosts Cameroon in the last four Guinea controversially eliminated Rwanda from the African Nations Championship after a 1-0 win to join defending champions Morocco in the semis. Sylla scored the only goal of the match to help his […] 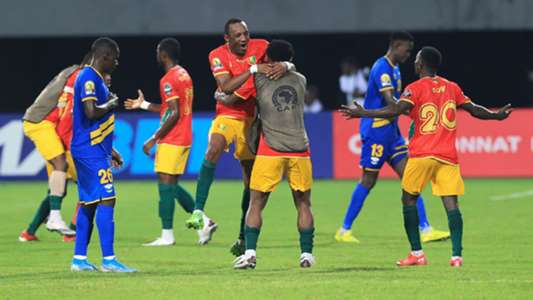