Gor Mahia coach Carlos Manuel Vaz Pinto has admitted they must work on their finishing if they are to return to winning ways against Zoo FC in an FKF Premier League match on Wednesday.

The Kenyan champions will welcome the Kericho-based side at Kasarani Stadium in one of their catch-up matches and it comes after they had suffered a shock 1-0 defeat against promoted side Vihiga United at the same venue on Saturday.

It was the first defeat for coach Pinto, who joined the club to replace Roberto Oliviera, and speaking ahead of the match, he has cautioned his players to improve their finishing if they are to get a win in the fixture.

“I noted some aspects in our last game [against Vihiga United] that we need to improve,” Pinto told the club’s social media pages.

“We lost but I consider it to be one of the best because we created a lot of chances.

“We need to improve on our finishing, all games against us are difficult because opponents know the quality of Gor Mahia squad they always give their best to win and we respect these teams.

“We will do our best to outsmart our opponents to get all three points.”

On how prepared they are for the fixture which comes only three days after they lost on Saturday, Pinto said: “Three days are not enough to prepare well but we did what is possible to make the team ready for Wednesday game [against Zoo].

“The team is not in the best shape, we require more time to train but that’s the schedule and we need results to continue giving confidence to the team.”

Gor Mahia have made a rather bad start to the season and despite playing three matches fewer than the leaders, they are in 10th position on the 18-team table with nine points from six matches.

K’Ogalo are also taking part in the Caf Confederation Cup and this is after they performed dismally in the Champions League, where they lost 8-1 on aggregate to Algerian side CR Belouizdad.

Chan 2021: Zambia will guard against complacency vs eliminated Namibia – Sredojevic

Wed Jan 27 , 2021
The Chipolopolo tactician says he has cautioned his team to be wary of the eliminated side when they clash on Wednesday Zambia coach Milutin ‘Micho’ Sredojevic has warned his side not to underrate Namibia when the two sides face off in their final Group D match of the African Nations […] 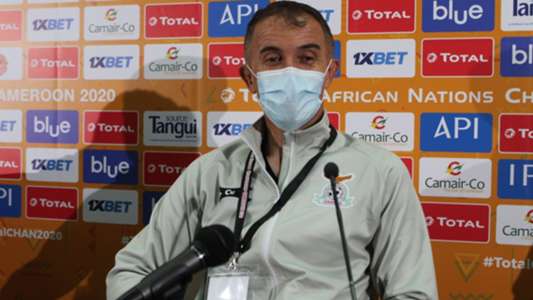