Gor Mahia coach Carlos Manuel Vaz Pinto has come out to deny reports his team is currently struggling in the FKF Premier League because of fatigue.

The Kenyan champions have had a bad run of results in the top-flight with their recent 2-1 defeat against Nzoia Sugar being the fourth loss they have suffered in the current campaign.

But despite the run, the Portuguese tactician has downplayed fatigue as the cause of their recent poor form, saying they have a big squad with good players who can deliver anytime when called upon.

“Even though we have played many away games in the past three weeks, the players are fit and always ready to play,” Vaz Pinto said as quoted by Standard Sports. “Win or lose, it is part of the game and I could not be happier to manage such a wonderful hardworking team.

“It was disappointing to lose against Nzoia, especially after leading through the first half, we conceded very easy goals that should not be a problem to defend against, but we took that as a lesson.”

On how prepared they are to face Kakamega Homeboyz at Bukhungu Stadium on Wednesday, Van Pinto said: “Today [Wednesday] we are going to be clinical, we have to defend well until the last minute even if we are leading by more than three goals.

“We need to score more goals too because the league is unpredictable and every team can win any game.”

K’Ogalo have posted a run of four matches without registering a win – drawing 1-1 against AFC Leopards in the derby, losing 1-0 against Napsa Stars in the Caf Confederation Cup before drawing away 2-2 and losing 2-1 against Nzoia Sugar.

Homeboyz are also in a bad run of results, with their recent match ending 2-1 in favour of AFC Leopards in the Western Derby.

Homeboyz coach Nicholas Muyoti has blamed a poor first-half display for the team’s defeat in the derby but promised to bounce back against Gor Mahia.

“We allowed AFC Leopards to dominate us in the first half and worse still we allowed them to score the two goals, so when we tried to come back into the game in the second period, they managed to defend very well,” Muyoti told Goal on Wednesday.

The match between Homeboyz and Gor Mahia will kick-off at 1500hrs.

Wed Mar 3 , 2021
The Msimbizi officials have once again tabled a cash incentive to the squad, should they beat the Red Devils in Khartoum Simba SC management has for the third time offered cash incentives to the team, this time if they beat Al Merrikh in their Caf Champions League fixture on Saturday. Ahead […] 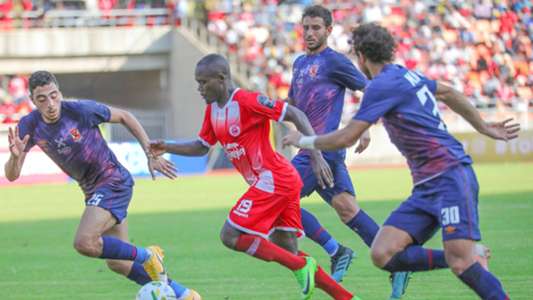