Gary Neville says goalkeeper Alisson Becker has made more of an impact than Virgil van Dijk in turning Liverpool’s fortunes around.

The Reds signed the duo for almost £142million, the monies earned when Philippe Coutinho was sold in January 2018.

Both have had fantastic impacts on a Liverpool defence criticised recently for the lack of a commanding presence.

“I think Alisson has made Liverpool win the league,” the former Manchester United full-back said.

“When people talk about Van Dijk being the missing piece, I think that there is an element of that. But when I go back to two years or three years ago, I was very critical of the goalkeepers that were at Liverpool.

“I said I felt that they would never win the League while the current goalkeeper was in position.

“Jurgen Klopp came for me, I don’t know whether he was angry with me but he certainly had a go at me in the media.

“But soon as Allison came – I saw it at Manchester United with [Peter] Schmeichel then I saw it in that next spell where we had greatness with [Edwin] Van Der Sar.

“Once your goalkeeper is calm, authoritative, saves most shots on his goal, gives confidence to the rest of the team, the impact of that is absolutely incredible.”

Alisson has kept 10 Premier League clean sheets so far this season, one behind Burnley’s Nick Pope in the standings.

However, Alisson has missed nine games this term, with Spaniard Adrian deputising.

Van Dijk, meanwhile, has only missed three top-flight games since his arrival in January 2018.

Liverpool return to action on Sunday when they face Merseyside rivals Everton at Goodison Park.

The Reds could clinch the title if Manchester City lose to Arsenal on Wednesday.

However, the more likely date to seal title glory will be next Wednesdsay, when Crystal Palace visit Anfield.

Liverpool warmed up for action last week with a 6-0 thrashing of Blackburn in a friendly at Anfield.

January arrival Takumi Minamino scored one and assisted another, while Sadio Mane also found the net.

Mon Jun 15 , 2020
The man who nurtured the Dutchman’s talent at Celtic Park says he was grateful to coach the ‘best centre half in the world’ for two full seasons Neil Lennon says he saw similarities between Virgil van Dijk and ex-Manchester United defender Rio Ferdinand when he arrived at Celtic in 2013. […] 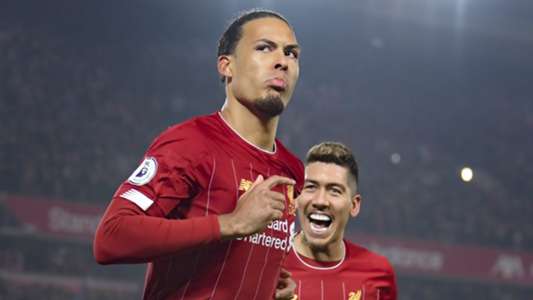