Mikel Arteta has hinted that Thomas Partey could be available for Arsenal’s FA Cup fixture against Newcastle United on Saturday.

Partey, 27, joined the Gunners from Atletico Madrid for a fee of £45 million ($60m) in October 2020, however he has made only few appearances on account of injury.

With just 45 minutes into the league clash against Jose Mourinho’s Tottenham Hotspur, the 27-year-old was replaced by Dani Ceballos having sustained a thigh injury.

As a result of that, the midfielder has missed his team’s last eight matches in all competitions. However, the Spaniard has given a piece of reassuring news as his team prepare to take on Steve Bruce’s Magpies in two days’ time.

“Well, we have an extra two training sessions [before the game] and we will assess after that whether he is completely fully ready to participate against Newcastle, or if we’re going to leave it another few days for the Palace game,” Arteta told media as reported by Arsenal website.

“He is training really good, he is comfortable, he is not aware of the injury right now and he has done more than what he already did before he played after the injury against Spurs, so he is in a good place, a good mood and you can see the player he is when he is training.”

Partey has made six appearances for Arsenal in the first part of the 2020-21 season, five of them in the Premier League.

Before his knock against Spurs, the Black Stars midfielder had missed almost a month of action having initially picked up the injury during the defeat against Dean Smith’s Aston Villa on November 8.

Nevertheless, he worked untiringly to be fit into to face Tottenham and was cleared to play having completed two full days training ahead of the North London derby.

After the showdown at the Emirates Stadium, Arteta and his men host Crystal Palace in a Week 18 English elite division fixture.

Victory for them would help them improve on their position in the log. As it stands, they are 17th after garnering 23 points from 17 games played so far in the 2020-21 campaign.

Thu Jan 7 , 2021
The Spanish defender has reached the 400-appearance mark for the Blues, but he is yet to get his hands on the grandest of European prizes Cesar Azpilicueta has made 400 appearances for Chelsea and helped the Blues to Premier League, FA Cup, League Cup and Europa League honours – but the […] 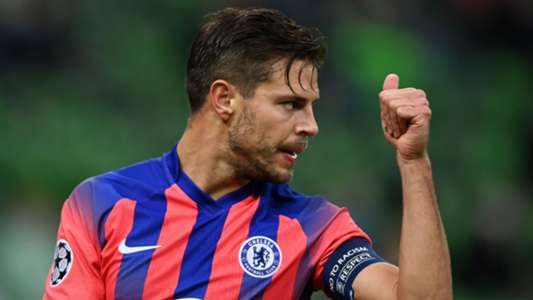