Sam Mewis is likely to miss Manchester City’s game against West Ham this weekend after picking up an injury while on international duty with the United States.

Mewis scored a hat-trick last Monday in the first of a double header for the USWNT against Colombia, her sister Kristie rounding off the scoring in a 4-0 win.

However in last Friday’s fixture against the South American nation, in which she got an assist this time in a 6-0 victory, the midfielder limped off with an ankle injury with Man City head coach Gareth Taylor admitting it is likely to cause her to miss Sunday’s game.

“Sam’s come back and I think it’s kind of just working out with a scan which is kind of remnants of an old injury and which is kind of a new injury, because she’s showing quite well to be honest,” he said on Friday afternoon.

“She’s looking good. She’s come through a few checks. I think this weekend will be too soon for her, but there’s a real possibility that she could be back at the back end of next week and ready for the game after that.”

The news that Mewis could be back quite soon will be of particular relief to City fans, with the team’s next game after West Ham to be a huge clash against fellow Women’s Super League giants Arsenal.

Five days later, City will then take on local rivals Manchester United in another fixture that will have huge significance in the title race.

After that match, Mewis will likely be away with the United States again for the SheBelieves Cup, a tournament which begins on February 18 and will see the World Cup winners face Brazil, Argentina and Canada.

“We need to make sure that we’re not pushing players too much too soon, but Sam’s a very positive person,” Taylor added. “Even when she was given the news about her injury, she felt that it was better than what that was showing. That just speaks volumes of the person [she is] really.

“She’s a very positive person and she’s working really hard to get herself back in.”

'He is a humble guy': McKennie must improve, says Juventus boss Pirlo

Fri Jan 29 , 2021
The 22-year-old midfielder has made 22 appearances for the Bianconeri since joining from Schalke and the coach sees plenty of room for growth Andrea Pirlo says Weston McKennie needs to improve if he is to become a star at Juventus. The midfielder joined the Serie A side in August from Schalke […] 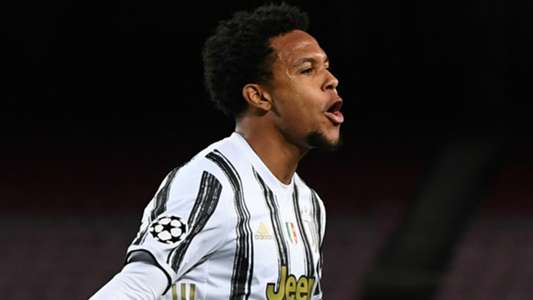