Zack Steffen “thought my agent was joking” when Manchester City first made their interest known in doing a deal, with the USMNT goalkeeper admitting to still finding life at the Etihad Stadium “very surreal”.

The 26-year-old shot-stopper was lured away from his homeland in the summer of 2019, with the Premier League heavyweights putting a deal in place with MLS side Columbus Crew.

Steffen knew that he would be filling back-up duties behind Ederson in England, and was initially sent out on loan to Fortuna Dusseldorf in the Bundesliga, but he jumped at the chance to link up with one of the most ambitious sides in world football.

Discussing his move to England with Soccer Bible, Steffen has said: “It’s definitely surreal. There have been some times where I’ve had to pinch myself and be like, wow, this is actually reality.

“But when I first heard that Man City were interested in me, yeah, that was surreal and I thought my agent was joking!

“When I got over here and signed and checked everything out, that was insane.

“When I got here for pre-season, got in the Man City locker room and met everyone and saw what their daily routines are and their habits – very surreal.”

A move to Manchester has allowed Steffen to link up with Pep Guardiola, one of the most decorated and demanding coaches in the business.

The United States international is aware of the pressure he finds himself working under, but is revelling in the opportunity to learn from one of the finest coaches around.

He added on playing for the fiery Catalan: “Yeah, I mean I was nervous.

“He’s a relentless winner. A perfectionist. Always thinking about tactics, about how we can break teams down. He hates when other teams have the ball.”

Steffen has been second choice for Guardiola this season, with Brazil international Ederson very much City’s number one.

Domestic cup competition has, however, allowed 10 outings to be taken in, while a Premier League debut has also been made.

Steffen has helped to keep City in contention for three pieces of silverware, with the first of those wrapped up last time out as he secured a clean sheet in a 1-0 win over Tottenham in the Carabao Cup final.

Tue Apr 27 , 2021
The Bundesliga title holders have lured a highly-rated coach away from domestic rivals RB Leipzig after learning that Hansi Flick is to depart Bayern Munich have announced that Julian Nagelsmann is to become their new manager, with the Bundesliga champions paying €25 million (£22m/$30m) compensation to RB Leipzig to land a […] 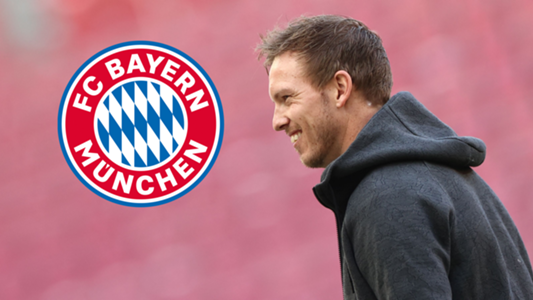