Express FC have moved fourth on the Ugandan Premier League table after a laboured 1-0 win over Uganda Revenue Authority (URA) FC in a game played at the Arena of Visions, Ndejje on Sunday.

George Senkaaba scored the lone goal to hand the visitors maximum points and a place in the top four.

The Tax Collectors came into the match hoping to maintain their decent start in the league. Prior to their game, they had managed to get three wins from the five matches they had played, with two ending draws, and to prove they were serious title contenders, they had to get a win against their visitors.

However, it was the Red Eagles who had a good start as they aimed at destabilizing their opponents by going for an early goal.

Their tactic paid off in the 11th minute as Senkaaba was left unmarked in the danger zone and his volley found the back of the net.

The four-time league champions upped their tempo in search of an equalizer, but they failed to break down the Red Eagles defense that was well organised and was determined to protect their lead.

Express looked more dangerous in the final third and in the 40th minute they almost doubled their advantage. Their skipper Enock Walusimbi managed to get in the 18-yard area, but his effort hit the woodwork and bounced to safety.

In the 51st minute, URA managed to get their chance through Shafik Kagimu. However, goalkeeper Mathias Muwanga made a decent save, pushing the ball out for an unfruitful corner.

Despite pressure from the Tax Collectors, Express kept their discipline at the back, relying on counter-attacks.

They almost scored their second of the match with five minutes to go, but goalkeeper Hannington Ssebalunyo pulled a stunning save to deny Godfrey Lwesibawa who was almost certain to score.

It was the last piece of meaningful action as Express resorted to cautious play to ensure they did not drop points. The win was their third of the season, and they are now on 12 points from six games.

Vasco vs Internacional: How to watch Brasileirao Serie A matches

Sun Feb 14 , 2021
Inter look to take a huge leap towards the title away to the Rio side, who are battling hard against the drop The Campeonato Brasileirao Serie A is the top level of soccer in Brazil and has been the breeding ground for some of the world’s greatest players including Pele […] 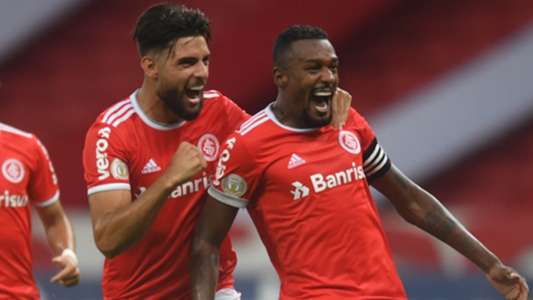