The midfielder left the Tax Collectors for the Sudanese giants, a move that initially irked Ssimbwa who claimed the club approved the transfer without involving him.

The former Sofapaka head coach has now stated URA are ready to move on without the Uganda international.

“He will be missed but we are happy with his progress,” said Ssimbwa according to Kawowo Sports.

Ssimbwa had stated Kyeyune was a player who will remain irreplaceable. The Uganda international signed for El-Merreikh after impressing at the African Nations Championship in Cameroon.

“I was not involved at all in Kyeyune’s move to El-Merreikh, they only informed me the following day that he was no longer my player and that is wrong from the club,” Ssimbwa said earlier.

“A player of his quality is irreplaceable but I will have look through the other players left at the club and see if they can help us in that position throughout the rest of the season.”

In his current ranks, Ssimbwa will depend on Brian Nkuubi, Jackson Nunda and Moses Sseruyide to fill the midfield void.

“We have Nkuubi, Sseruyidde and Nunda and we shall therefore have to consider one of them to play with Shafiq Kagimu in the midfield,” Ssimbwa said.

URA will face Express FC on Sunday and the tactician is confident they have had the right preparations before playing the former Premier League champions.

“We have prepared well, we are in great shape and focused to win this game,” he said.

“We need to pick another win and without any injuries, we are more than ready.”

On his part, Ssenyonga Mikidadi said he is fit for the games ahead after being sidelined.

“I feel good physically and my body is in the right shape,” Mikidadi said ahead of the Express game.

“We have been training hard because we know the games are coming in fast and thick so we must have the highest level of fitness to win games.”

Can Osayi-Samuel, Onyekuru take opportunities to impress for Super Eagles?

Sun Feb 14 , 2021
As Osimhen, Chukwueze and Musa struggle for form and fitness, the Turkey-based duo could be the beneficiaries in the medium-to-long term If there’s one factor that seems to be ignored in the discussion around Gernot Rohr’s recent stewardship of the Super Eagles, it is that, all too frequently, he has […] 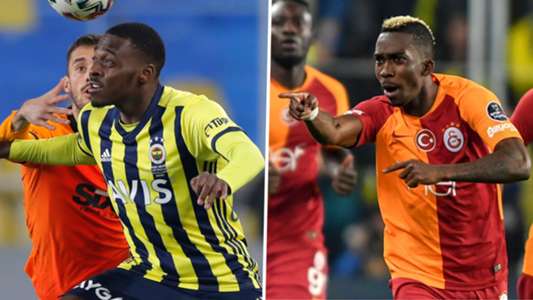