Uganda midfielder Saidi Kyeyune has explained the reason he terminated his short-term contract with Al Merrikh.

The 27-year old midfielder joined the Sudanese giants from the Tax Collectors at the end of January on a one-year deal but he struggled for game time, and only managed to feature in two matches for the Red Devils in that period.

Kyeyune was among Al Merrikh players that tested positive for Covid-19 in March and missed several games and before signing for the team, he had put up an impressive display at the 2021 Chan tournament in Morocco where he netted two of the three goals that Uganda managed at the tournament.

He has blamed Al Merrikh for the troubles he underwent while playing for them and adding they forced him to terminate his contract.

“They took me as a mercenary to play only in the Caf Champions League,” Kyeyune said as quoted by Daily Monitor. “I only played two games and was always out of the league squad as they claimed I had Covid-19, which wasn’t true.

“I couldn’t stand it and chose to terminate the contract.”

Kyeyune has already returned home and rejoined URA, but he is yet to play for them in the Ugandan Premier League since his paperwork is not complete but according to the club’s official Patrick Ocheng, the player will soon feature for the side as they have already started the process of securing his papers.

“Over the weekend, we started on the process with Fufa to have Kyeyune available for the key matches we have to play,” Ocheng told the same portal.

On his part, Kyeyune insists he is ready to play for URA by stating: “I have been training with URA lately but still waiting for final confirmation so that I may help the club I love deeply to win the trophy.”

Kyeyune started his professional career at Maroons FC before he moved to URA in 2011 and was at the club until he left at the end of January this year.

In January 2014, Uganda Cranes coach Milutin Sedrojevic invited him to be a part of the national team squad for the 2014 African Nations Championship with the team finishing third in the group stage of the competition after beating Burkina Faso, drawing with Zimbabwe, and losing to Morocco.

On January 22, 2021, he scored his first international goal against Togo.

Tue Apr 27 , 2021
Another member of the Gunners’ fabled ‘Invincibles’ squad is not sure how the presence of so many legends in north London would work Talk of a takeover bid being lodged at Arsenal is gathering pace, with club legends Thierry Henry, Dennis Bergkamp and Patrick Vieira said to be keen on […] 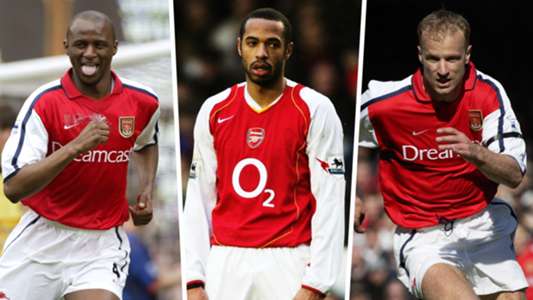