Uganda Revenue Authority FC head coach Sam Ssimbwa has hailed his charges for an impressive away record after beating Onduparaka FC 3-0 in a Premier League contest on Wednesday.

Steven Mukwala scored a brace as Cromwell Rwothomio found the back of the net once to give the Tax Collectors yet another win to consolidate their position at the top.

“The team played well and played under instructions. It has been our biggest win away from home,” Ssimbwa said as per Sports Nation.

“We did score three goals without conceding which was very good and I appreciate the away display of the team because ever since we started the league, out of the eight games we have managed to win seven and one draw which was against Mbarara City.”

Mukwala tops the Premier League’s scorers’ chart with nine goals from 15 games while Rwothomio has scored six. Mukwala was signed from Maroons FC who were relegated in 2020 after he emerged the top scorer with 13 goals.

“I am very happy with Steven [Mukwala] and Cromwell [Rwothomio] because, after one or two games, they both score and it is a good thing for us in our upcoming games,” added the former Sofapaka head coach.

The competition will enter its mid-season break and Ssimbwa spoke about what they will be up to during that time as none of the players was called up by the Cranes’ coaches. Uganda will play against Malawi and Burkina Faso in the Africa Cup of Nations qualifiers in March as they hope to seal a slot in the continental competition for the third straight time.

“It will depend on our plan because they didn’t summon any player from my team for national duty,” said the coach.

“So, we can arrange some good friendlies and good training and will be in a good position to resume again.”

Ssimbwa once again talked about their pre-season targets which they have achieved given that URA are the best side before the second leg begins.

“In fact, we had set our goals and targets,” concluded the Ugandan coach. “Our target was to be in the second place on the table and we had planned to start very well but because of Covid-19, we had seven of our players removed from the team which affected us but after that, we have been consistently doing well.”

URA are ahead of Vipers, who defeated Kampala Capital City Authority 1-0, suggesting a tighter battle between the two sides in the next round. Express FC, with 32 points, are also deep in the title race.

Kitara FC who are 15th as well as bottom-placed Malaba Youth Development Association will resume their survival battle.

Thu Mar 18 , 2021
The Three Lions boss has justified his decision to include the trio in his squad for the upcoming World Cup qualifiers Gareth Southgate has explained why he has recalled Jesse Lingard, Luke Shaw and John Stones to his England squad. Southgate named his final squad for this month’s 2022 World […] 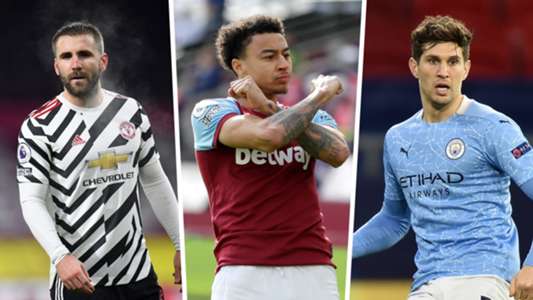