The 13-time league champions, who are reeling from losing out on the 2019-20 Ugandan Premier League (UPL) title to rivals Vipers SC, confirmed the double signing of midfielder Mugume and striker Charles Lwanga at Lugogo Stadium on Sunday.

Both players were free agents with Lwanga having run down his contract and parted ways with SC Villa while Mugume was at Police FC.

Mugume, who penned a four-year contract which will see him stay at the club until July 2024, has explained he wants to win trophies in Uganda hence the decision to sign for the former champions.

“I can’t wait to get started, repay the club for the faith they have had in me, fight for the badge and earn my spot on the first team,” Mugume is quoted by the club’s official website.

“I want to win trophies with the club, I want to make the fans happy and my family proud.

“I am happy and feel overwhelmed to join KCCA. I have had a chance to train with the club since January 2020 and I immediately felt at home since the first day here.

“I have a couple of players that are my friends here and also grew up with a number of them so the chemistry is good.”

Mugume, who started his career at Red Star FC while studying at Old Kampala Primary Senior between 2012 and 2014, says he already likes the environment at Lugogo and he is ready to get a fresh start.

“I want to put all the past behind me and have a fresh start here at KCCA FC,” Mugume continued.

“I feel this is the right environment for me to develop and grow into the right player I want to be. I have been involved in a number of practice games with the club and I felt the style of play was the right for me to blossom. They love to use the ball and I am comfortable in that kind of style.

“The club has very good technically gifted players and competition here is real. Many players are on the National team and this speaks volumes for the kind of quality here.”

After leaving school in 2014, Mugune joined the Vipers Junior Team while at St Mary’s SSS, Kitende in 2015, where he won the Fufa Juniors League in 2015 and was later promoted to the senior team in 2016 and played his first match against Mbarara City.

KCCA are also understood to be in the final stages of finalising the signing of Pius Obuya from Maroons. Obuya is thought to be an apt replacement for Allan Okello, who left in January for Paradou AC.

Redknapp explains why Chelsea should be worried about Man Utd

Tue Jun 16 , 2020
Date published: Tuesday 16th June 2020 9:38 Jamie Redknapp says Manchester United’s fully-fit squad will pose a real threat to the likes of Chelsea in the race for a Premier League top-four spot. The English top flight returns on Wednesday, 100 days after the last match between Aston Villa and […] 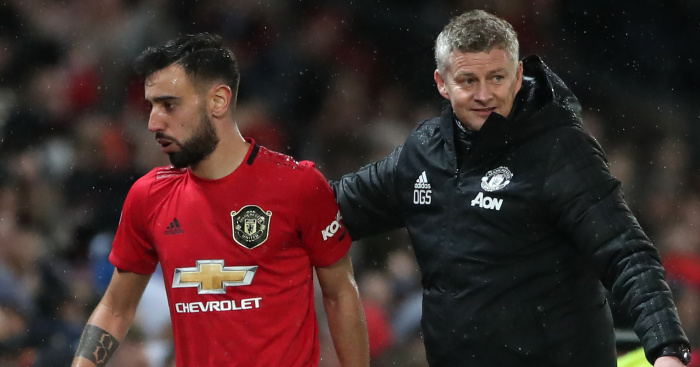