Liverpool manager Jurgen Klopp is pleased for Thomas Tuchel, describing the Chelsea squad as a “present” for his fellow German, but acknowledged that he feels the sacking of Frank Lampard was “really harsh”.

Lampard was shown the exit door by the Blues hierarchy on Monday, with former Mainz, Borussia Dortmund and Paris Saint-Germain coach Tuchel swiftly installed as his successor.

Klopp feels that Tuchel has everything in his locker to be a success in London with the squad he has at his disposal, but offered sympathy to Lampard, who he felt was not given enough time to usher in a new era of success with Chelsea.

“Two things happened. One is that Frank Lampard lost his job and I have to say that was a really tough one,” Klopp told a press conference on Wednesday.

“Chelsea did an incredible job in the transfer market this summer, brought in really good players, and things like this need time. It’s really harsh to make a decision that early, but obviously Mr Abramovich gives you money and players, but is not the most patient person in the world.

“I really feel for Frank, because he’s a young, talented manager. I wish him only the best. He will be fine for sure, but it’s a hard one if it happens at your club, and it was obviously Frank’s club. Maybe it’s good that the story is over, he can go [to a new club] and be completely fresh without any history.

“But for Thomas Tuchel obviously it’s great. Unfortunately he’s a really good manager. I have known him a long time and respect him a lot. This Chelsea squad is a present, I’m pretty sure Thomas sees it like that. They will be good.”

Asked if he had any advice for Tuchel and why he feels Chelsea are always so quick to hire and fire, Klopp said: “I will give Thomas Tuchel no advice in public! I’m not sure when we play them next, and I don’t actually have his number so I couldn’t text him. He was in France for a while and I never got his French number! No advice necessary, from my side.

“The difference is that I was lucky with my clubs. At Mainz, everyone wanted me to do well, at Dortmund the same and at Liverpool the same. Why did I get the time? Because the owners, the presidents, the sporting directors, they thought we were doing the right stuff, and they knew that it takes time.

“How many coaches did Chelsea have in the last 10 or 15 years? It’s quite a lot. So you are either successful or out, that’s the mantra, and I have nothing to do with that. I was lucky with the clubs I had, always. There were only three, but I was lucky.

“For Frank, everything will be fine. For football people out there, if they saw some of the stuff Chelsea played last year already, you’d have to say there was a clear plan. He was a young manager and he did a lot of really good stuff. He will be back soon if he wants, and he will get time again.”

Wed Jan 27 , 2021
A former Old Trafford favourite does not think Ole Gunnar Solskjaer should rekindle his interest in the England international this year Jadon Sancho would be “Donny van de Beek two” if he signed for Manchester United, according to Dimitar Berbatov, who insists the Red Devils don’t need the Borussia Dortmund star. […] 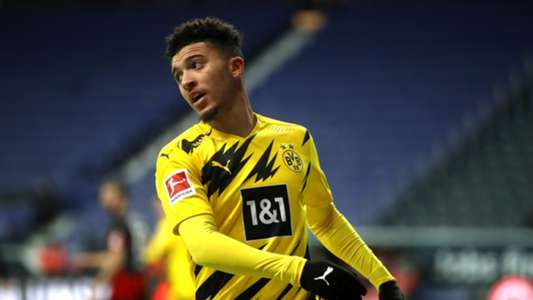