Ini Umotong broke her FA Women’s Championship duck with a brace as Lewes bowed 3-2 to London City Lionesses on Sunday.

The Nigerian striker joined the Rockettes in January 2021, after mutually breaking ties with Swedish Damallsvenskan side Vaxjo despite having 12 months left on her 18-month contract.

The 26-year-old had played two games for her new club without success in front of goal. Against their visitors from London, however, she broke her duck for Simon Parker’s team with her twin efforts.

Having returned to winning ways with a 1-0 win at Coventry United, Lewes welcomed the struggling side to The Dripping Pan.

The eventful first-half got off to a bright start for the hosts when Lucy Ashworth-Clifford’s effort was rebuffed but Umotong blasted in a rebound to break the deadlock after just 11 minutes.

Some 12 minutes later, the visitors pushed for an equaliser and found a breakthrough through Atlanta Primus to level the score before Kallie Balfour handed them a lead in the 27th minute.

After the break, Lese continued to pile up pressure on the London City defence until they were gifted a penalty and Umotong converted from the spot with her brace of the encounter in the 80th minute.

However, London City left it late to claim a win when a corner kick fell in the path of Ellie Mason and she made no mistake, firing home to secure the victory.

Nigeria’s Umotong lasted the duration for Lewes and has now scored twice in three games this season.

This result saw Lewes remain in the sixth position on the table with 18 points from 13 matches and they will hope to bounce back to winning ways against Charlton Athletic on March 7.

Sun Feb 14 , 2021
Enthralled with his display against the Red Devils, the Baggies manager has applauded the Senegalese forward’s impact Sam Allardyce has hailed Mbaye Diagne’s predatory instincts and contribution to West Bromwich Albion after the on-loan Galatasaray striker scored against Manchester United in the Premier League on Sunday. The 29-year-old opened his Baggies […] 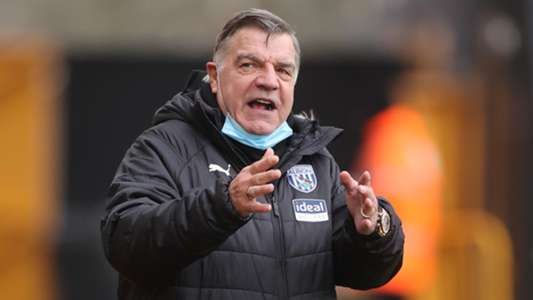