The Super Eagles player was afforded his 21st league appearance this season at RheinEnergieStadion but started the game from the bench.

The 29-year-old forward made a second-half appearance to help Urs Fischer’s side end an eight-game winless run, having last won against Eintracht Frankfurt on February 24.

The Iron Ones hit the ground running in the encounter and could have been rewarded for their efforts in the 33rd minute when the centre referee handed them a penalty but after consultation with the video assistant referee (VAR) the decision was revoked.

They, however, opened the scoring six minutes after the incident through Marvin Friedrich, who headed past goalkeeper Timo Horn, after benefitting from Christopher Trimmel’s assist.

A few minutes into the second half, Sebastian Andersson came close to doubling the lead with a fine header which was saved by Horn.

In his quest to secure a comfortable lead, manager Fischer brought on Nigeria international Ujah for Andersson in the 63rd minute while Koln’s Ehizibue, who was handed a starting role made way for Kingsley Schindler.

However, it was Christian Gentner, who doubled the Iron Ones’ lead five minutes after Ehizibue was replaced firing home from Marius Buelter’s assist.

Jhon Cordoba scored a late effort for Koln a moment before full-time which only ended up as a mere consolation as their visitors secured all three points.

With the result, Union Berlin are 13th on the Bundesliga table with 35 points from 31 games behind the Billy Goats, who edged them by goal difference.

Ujah has now made 25 appearances across all competitions for the Iron Ones in this campaign, scoring three goals and providing three assists.

The centre-forward will hope to deliver a more impactful showing for Berlin when they take on Jamilu Collins’ Paderborn in their next outing on Tuesday.

Ehizibue, meanwhile, will be expected to continue his consistent displays for Koln, having featured in 29 games across all competitions for his side since joining them last summer from PEC Zwolle.

The defender, who was recently handed his first Super Eagles call-up, will hope to feature for 90 minutes in their next league game against Bayer Leverkusen on Wednesday.

Leonardo confirms that Cavani and Thiago Silva will leave PSG

Sat Jun 13 , 2020
Ligue 1 After the completion of the Champions League FRANCK FIFEAFP Edinson Cavani and Thiago Silva both have contracts that are about to expire at Paris Saint-Germain and they will both be leaving the club this summer. This was confirmed by PSG’s sporting director Leonardo this weekend. “Our plan is for […] 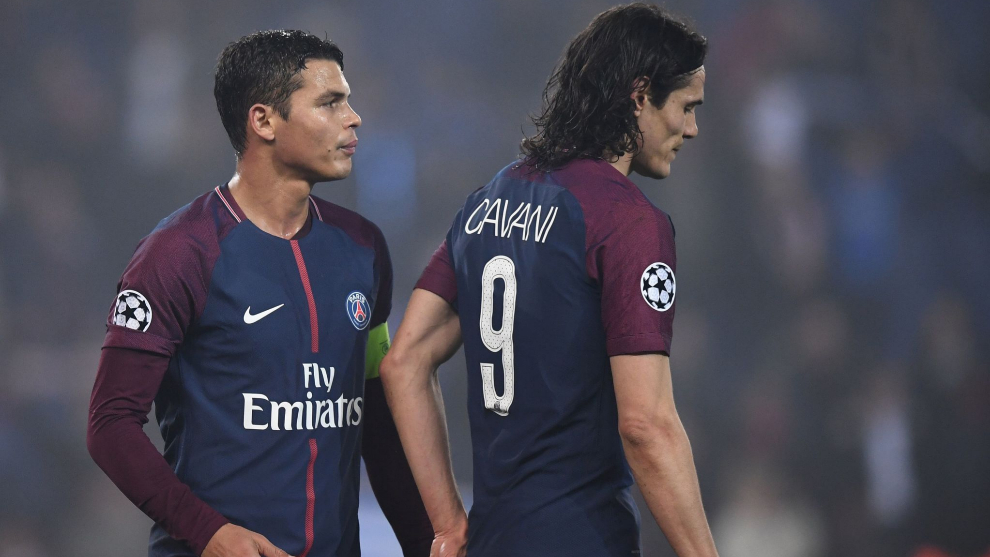