McKinstry has maintained Vipers SC’s Halid Lwaliwa as the captain for the competition. The defender has worn the armband in the ongoing pre-Chan competition and is destined to keep it even when Chan starts on January 16.

Meanwhile, McKinstry has said the Niger pre-Chan game on Thursday will give them an indication of what kind of a game they would face from Togo.

Uganda have been in camp in Cameroon since December 29 as they prepare for Chan. Apart from Togo, the Cranes are in Group C alongside Morocco and Rwanda.

“Niger play physical, fast and direct football,” McKinstry told Fufa website. “The biggest aspect of the game against Niger will be for the players to understand what kind of football they will face against Togo.

“A lot of the young boys in the squad have not come across this kind of football. Not many of them have experience and Thursday will be preparation for Togo. It is time to get their feet in the water so that they can understand and hopefully we can put up another top performance like in the previous two games.”

Uganda will face Niger at the Annex 1 Omnsiprorts in Yaounde before they start on a journey to Douala on Friday.

Thu Jan 7 , 2021
The coach from Barcelona is happy that Hyderabad are not relying on Aridane Santana for goals… Hyderabad coach Manolo Marquez has revealed his admiration for the style of football NorthEast United have adopted this season ahead of facing them in an Indian Super League (ISL) clash on Friday. The Nizams started […] 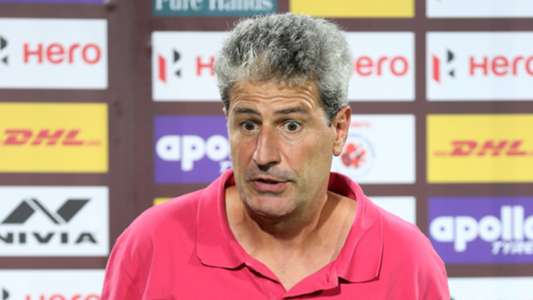