Uganda Revenue Authority FC coach Sam Ssimbwa has stated they will need extra concentration to end their poor run of results against Express FC in the Uganda Cup on Tuesday.

The Tax Collectors will face a tall order to overturn a 2-1 defeat suffered against the Red Eagles in the Round of 16 first leg at Wankulukuku Stadium three days ago, when they face off again at the Arena of Visions in Ndejje.

The defeat marked a third straight win for Express against URA and also helped them to maintain their 100% record against the Tax Collectors this season.

Ssimbwa has admitted the winless run against Express is worrying the team and has called on his players to concentrate harder to end the jinx.

“We need extra concentration from every player if we are to break the now proverbial physiologic jinx against Express this season,” Ssimbwa told the club’s official website.

“I trust my team to pick themselves up, our motivation is to make the quarter-finals of the competitions and the path is clear. We, however, need to defend better at home.”

The Tax Collectors did get an away goal during the first leg and will look to build on that, and they have also been boosted with the return of attacking player Steven Mukwala, who missed the first leg due to injury.

“The return of [Steven] Mukwala gives us options in attack and the timing is right since we require goals in plenty right now more than ever,” the coach added.

On his return, Mukwala told the same portal: “I feel fine and in perfect shape, granted an opportunity to play, I will give the team my best as I often do. The team is ready for this challenge.”

On whether URA have developed an inferiority complex against Express, Mukwala explained: “I don’t think that is a fair assessment. Yes, we have lost against them thrice this season but we also made mistakes in those games that I think the team has learnt from. I don’t think we shall be that naive this time around.”

This will be the fourth meeting between URA and Express this season and the Red Eagles have won the previous three meetings.

In the three games played, URA have only managed to score twice in the two games at the Muteesa II Wankulukuku Stadium.

URA is yet to score a goal against Express FC at home – the Arena of Visions – this season.

Tue May 4 , 2021
Gor Mahia represented the country in the continental assignment in the ongoing campaign, but who will do so next season will soon be decided The Football Kenya Federation has 58 days, from Tuesday, to communicate which team will represent the nation in the Champions League and Confederation Cup next season, […] 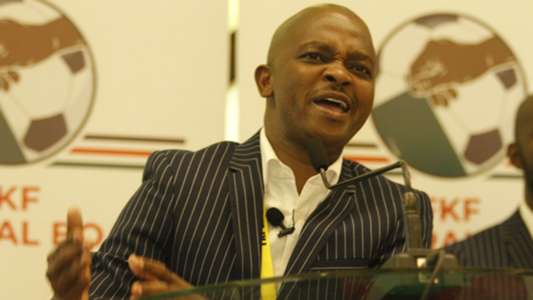